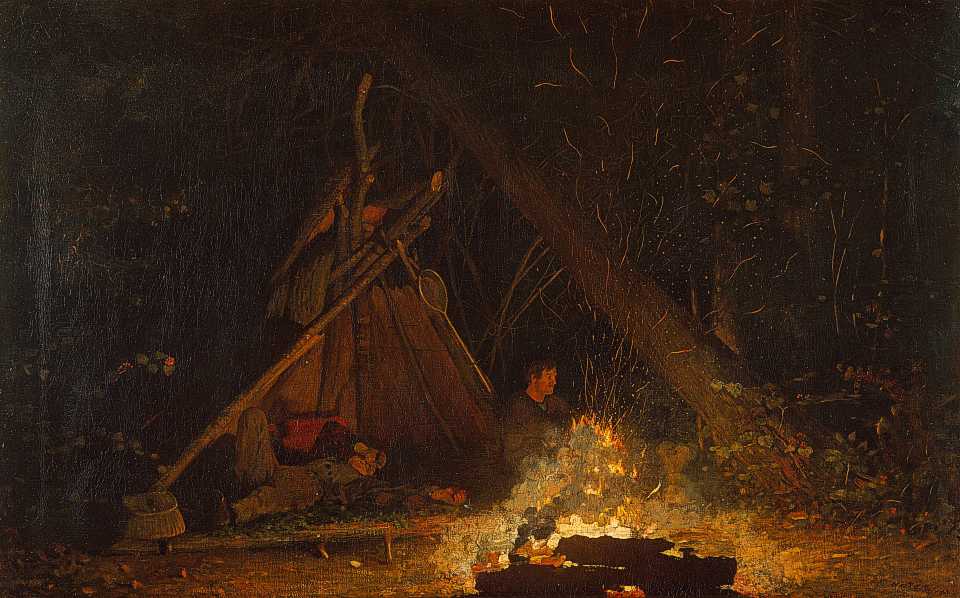 by B. Fulton Jennes

a titan I often climbed to the very top,
bark tearing my stomach

as I hugged the trunk against the wind.
In spring, I’d strip papery discs

from its seed-laden branches,
collect them in the folds of my skirt,

the end of all our elms.
When the tree was dead beyond a doubt,

my father fetched the two-man saw
from the barn and summoned me to help.

I was good for such chores but little else—
too word-wrapped, too careless with boys.

the back-and-forth bite that this time
felt like mercy. We put our backs into it,

drew the saw straight and stiff,
catching the blade only once.

And when at last the notch fell out,
leaving a startled mouth in the grey trunk,

the corpse toppled true, fanned us
with a rush of air like a loved one’s last exhale.

We put the saw away
and parted paths again.

But at least there was this:
once, a gentle Goliath

had lain on the ground between us,
felled as if by a single stone.

B. Fulton Jennes is Poet Laureate of Ridgefield, CT, USA, where she serves as poet-in-residence at The Aldrich Contemporary Art Museum. Her poems have appeared in The Comstock Review, Tupelo Quarterly, The Night Heron Barks, Limp Wrist, Anti-Heroin Chic, and many other journals and anthologies. Her chapbook Blinded Birds was published in March 2022 by Finishing Line Press.