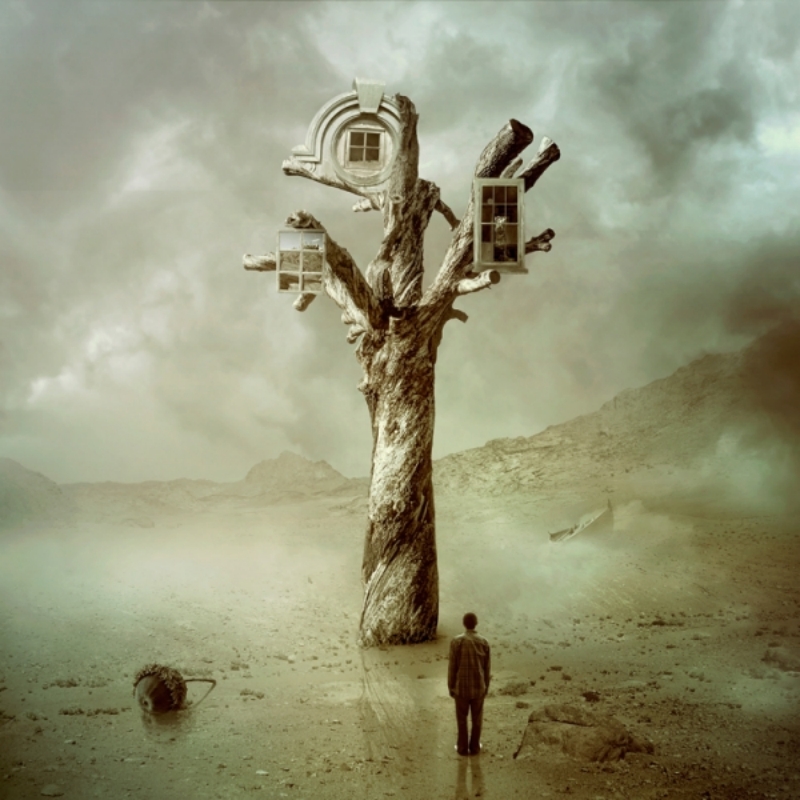 Night after night, the sound of water sloshing in the tub. The curve of his pale, freckled back. The smell of him afterward—Zest, Prell, his still-damp skin—as he sits on the edge of the bed, reading Robinson Crusoe to my brother and me.

“When we got married,” my mother says, “your grandma still trimmed his toenails.”

When he bathed my brother and me, back when we still fit in the tub together, he’d say, “You can’t trust anybody. Anybody. But family.”

Rabbit, snapping turtle, squirrel, groundhog: things I’ve seen him kill, clean, cook, serve and eat. Growing up poor in southern Illinois, coal country, he’d lick a finger and run it under the cracked linoleum in the kitchen. And eat the dirt. When he had his appendix removed, it was filled with little rocks.

I see him down on his knees next to the tub, squeezing a warm soapy washrag over my brother’s head. My brother scrunches his eyes shut.

Because he doesn’t want them eating the eggs of spawning smallmouth in his farm pond, he throws the bluegill he catches ice fishing onto the ice and lets them to freeze to death. For a few minutes they jump and flip, their slick dark bodies crusted white with snow, their eyes turning to glass.

I see him on a cold blue February night: He steps onto the back porch to drop a garbage sack by the bin and my mother pushes the door shut behind him, turns the lock. He’s wearing a T-shirt, tighty-whities, tube socks, slippers. He raps on the door and hollers. He dances a cold little jig. We laugh and laugh. The blue-white whiteness of the snow in the backyard. The blue-white whiteness of his skinny legs.

And I see him one summer: We have eaten pork chops for dinner, eaten watermelons, the thick green rinds in pools of juice on our plates. It is the Fourth of July. He sits at the head of the table, sunburned, rattling a glass of iced tea and stinking of lawnmower exhaust. My mother clears the dishes, stacks them in the sink. My brother is in his bedroom practicing “Greensleeves” on his guitar for the church talent show. Tonight a thunderstorm will drop a tornado on the next town over and kill one of my classmates’ fathers. Tomorrow we begin Robinson Crusoe.

Steve Edwards lives with his wife and son in Massachusetts. His memoir, Breaking into the Backcountry, was published by the University of Nebraska Press in 2010. His work has appeared in AGNI Online, The Fiddleback, Silk Road Review, and elsewhere. He teaches English at Fitchburg State University.