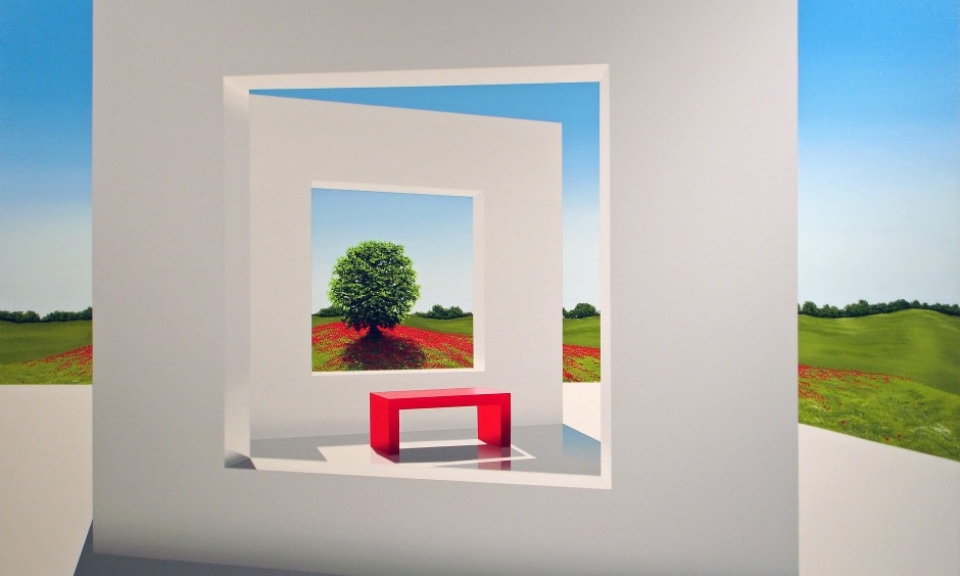 just by staring back at the grass
lifelike —it’s not for you
they hold power here, let go

nothing, not their fleece
not these sleeves, face to face
—you have no right to stand so close

as if a second sky would wave you past
make room, gather in the Earth
and lift :a small hillside

anything! to mourn —the dead
are here somewhere
not yet marble, not yet enough.

you build another hallway
in another mountain, the palaces
filling with a great rockslide

though you’re never sure, the shovel
is bent from sunsets and distances
has hands already coming due

and what chance has the small room
this frail stone gives off
coming here to die.

calmed the family and friends
still afraid to move the body
—not too close! Your cheek

could scare her off and the snapshot
tree and all, left empty
cared for by the sun alone

can’t get a hold :each evening
hides in front with the small lake
pressed against her forehead

once left in place tell you
here! among the kisses
with no time to lose.

You still use rain, breathe in
till your mouth is full
—you can’t jump clear, grow huge

on a sky that has no holes, no Earth
—what did you say, what words
were helped along, holding on to the others

all the way down, facing the sun
though who know where this thirst
first as ashes, now your own

comes this close and your voice
more and more feeble, bathes you
lowers you, covers you.

are already huge, half silk
half the first evening on Earth
—you never see the ground

a single thread that is not white
could pull you back into nothing
nothing! nothing! the nothing

you hear alongside the others
tightening the fit till even the mornings
depend on darkness and cries.

Star by star you add a word
the way the Earth still darkens
from the bottom up, lets you hold on

smothered by braids, shoulders, kisses
that are yours, oceans, winds, mornings
blacker than this dirt and lost.

spread-eagle, are packed
with a sky already darkened
by the more and more feathers

that have no heading yet
and your shoulders without hope
weightless over the water.

These stones too steep, cling
the way the overcast side by side
lets through one star —in the open

knows all about how the night sky
stands back, erect, righteous
between each grave and winter

where you lean over to drink
—always the same cold air
two mornings at a time, and choke.

Hours! you walk the way this dirt
is hammered, each heel brought home
where the Earth broke apart, opened

for the sound scraped off closed doors
and burning hair —these black shoes
need a rag soaked in moonlight, rubbed

till the shine comes from further off
spreads out, not yet a field, struggles
though each step starts with the dead

then stops, forgets how, expects one leg
to tighten the other as if every bone
thickens in the center, needs more coming in

and leaving, more dirt, more nails
—everything you touch you pull up, freed
from the afternoons, the graves, and the drift.

and thinning trees now that rain
seeps into your ears and shadows
flow past one by one, held down

as something invisible :plumes
slowly covering you from behind
with emptiness and bare shoulders.

Simon Perchik is an attorney whose poetry has appeared in Partisan Review, The Nation, The North American Review, Poetry, The New Yorker, and many others. His work is collected in twenty books, most recently Almost Rain (River Otter Press, 2013). Library Journal called him “the most widely published unknown poet in America.”