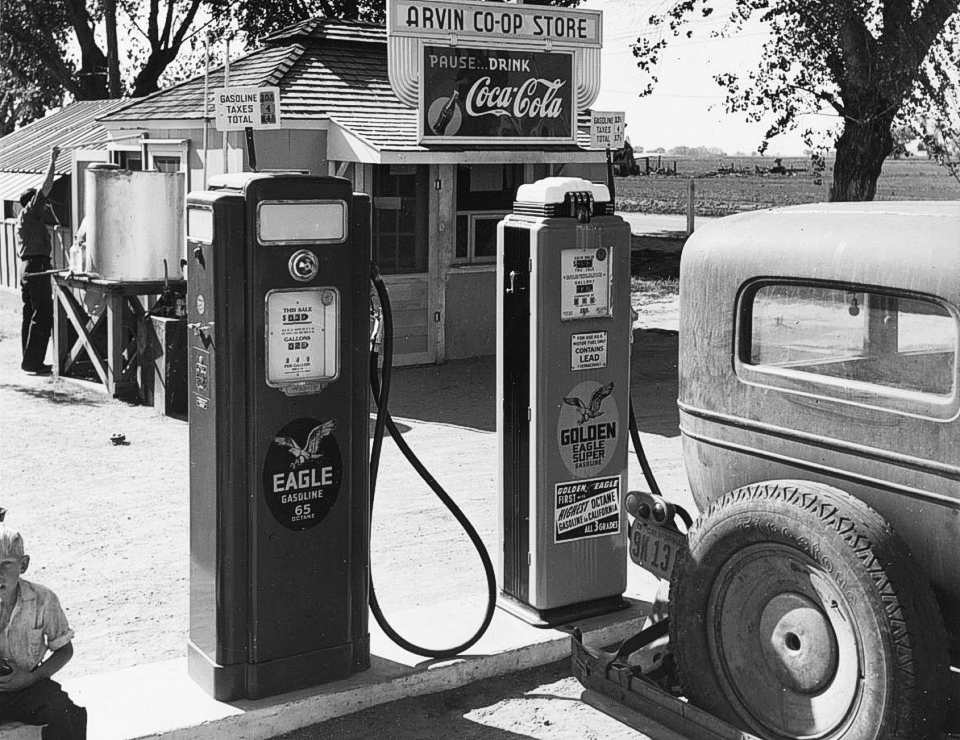 A porch swing sways, and the chains in the eyehooks screwed into the rafters let out their lazy creaks as if this is a day of rest for them, too. Or nearly so. They still have to support the weight of the neighbor who pushes ever so lightly with her foot and feels the breeze on her face and listens through the window screen to the radio playing dance music in her living room. The faint sounds of big band tunes: “Moonglow,” “In the Mood,” “Begin the Beguine.”

Somewhere down the street, a screen door taps against the frame. This is one of those afternoons when the air is so still that sounds travel. Someone is listening to a Cardinals’ game on the radio; someone else is turning the pages of the Evansville Courier, or the Vincennes Sun-Commercial,  or maybe last week’s Sumner Press that they’ve finally found enough time to read. The pages rattle just a bit, but not in an unpleasant way, more the way a soft brush sounds when swept through a girl’s long hair.

And maybe it’s that girl who sighs, daydreaming about the boy she loves.

Uptown, a ceiling fan turns slow circles in the sundries store where the girl’s mother sits behind the counter using a file on her fingernails and watching the hand on the Bubble Up clock click off another minute.

Across the street, in front of the TV Repair Shop, a boy and girl sit on the hood of his Impala and watch the color set that’s always on in the window even though they can’t hear the sound. The boy has a Pall Mall between his lips, but he hasn’t lit it. He keeps flicking the lid of his Zippo open and then, after long intervals, closed, and the woman in the sundries store closes her eyes and remembers her husband when she first fell in love with him and how he was never in a hurry, how she thought they had all the time in the world.

“Baby,” the boy on the Impala says, and he draws out that long “a” sound as if it’s the sweetest taste he can ever imagine, and he wants to hold onto it as long as he can.

Eventually, the Impala inches away from the curb. The woman in the sundries store switches off the ceiling fan and turns the deadbolt lock on the door. Her daughter writes her boyfriend’s name over and over on a piece of notebook paper, her handwriting all loops and tails. The baseball game ends and the radio goes off, its hot tubes ticking as they cool. The newspaper slips to the floor as the reader dozes. The porch swing, empty now, sways a time or two and then is still.

Call it a sleepy town. Call it a dead town. My hometown where once upon a time on summer Sundays there was time, if we wanted it, to listen. I hear the porch swing creak, the radio play, the baseball announcer murmur, the girl sigh, the newspaper pages rustle, the ceiling fan turn, the clock hand click, the Zippo open and close, the boy say, “Baaa-by. Oh, Baaa-by.”

I hear it all, and my listening tells me this: when it comes to our writing and our living, nothing is too small a thing.

The lock turns at the sundries store. The woman’s sensible heels make gentle tapping noises on the sidewalk as she starts toward home, taking her time as she strolls past the houses where baseball games and newspapers and porch swings and lovesick girls have gone silent. So slow and dreamy her pace until she climbs the steps to her house, takes the doorknob in her hand. Just before she turns it, she whispers to herself, Baa-by, Baa-by. That word. Just before she goes inside, she sighs.

Lee Martin is the Pulitzer Prize Finalist author of The Bright Forever and other works of fiction and nonfiction. His stories and essays have appeared in Harper’s, Ms., Creative Nonfiction, The Georgia Review, The Kenyon Review, and elsewhere. He is the winner of the Mary McCarthy Prize in Short Fiction and fellowships from the National Endowment for the Arts and the Ohio Arts Council. He teaches in the MFA Program at The Ohio State University, where he was the winner of the 2006 Alumni Award for Distinguished Teaching.