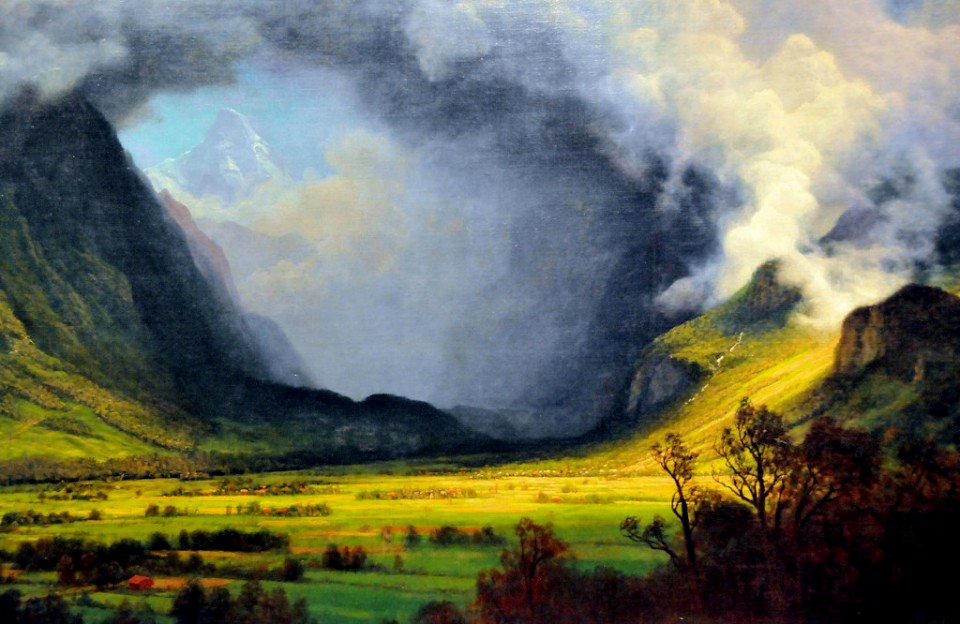 “Storm in the Mountains,” oil on canvas, by Albert Bierstadt, 1870.

I wish the wild mint would bake its scent into my skin,
and I could drag it behind me, as if it were a train of silvery lace.

It never does, and that’s okay.
It is enough to smell it now.

I say a small prayer of thanks that the sun is veiled,
that it is replaced by an indigo bruise,
heavy with electricity
and cool rain.

The cars’ rushed spray on the distant highway
is a seashell to my ear. The sound isn’t blood. It’s ocean.

We drive up, stand on the forehead
after the ATVs have growled away
and look vaguely in the direction of Henry’s Lake.

As we’re leaving, he notices a clump of blue.
“Forget-me-nots,” I say, incorrectly.

He says, “I would have never known.”

Natalie Homer is an MFA candidate at West Virginia University and the poetry editor for The Doctor T.J. Eckleburg Review. Her poetry has been published in Santa Clara Review, Punchnel’s, Sierra Nevada Review, Rust + Moth, and others.