The Difference Between Being a Slut & a Racist: Pocahottie Hottentot 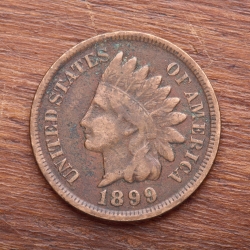 Lindsay Lohan said it best in Mean Girls: “Halloween is the one night a year when girls can dress like a total slut and no other girls can say anything.”

Native Americans are not costumes, we’re human beings. The traditional clothing we wear is called regalia, and looks nothing like the faux 1950’s Hollywood shit that pop culture pawns off on consumers as “Indian.” All Native American people are not the same. There are 566 federally recognized Native American Tribes in the United States. Each possesses its own distinct culture, language, heritage, and land base. Furthermore, we don’t take kindly to non-Natives debasing our sacred objects. The war bonnet, for example, is reserved for Native American warriors and chiefs who’ve fought bravely for their people. Each feather in a war bonnet symbolizes a single act of courage in the face of death and destruction—and no, fielding crowds of sweaty, irritable shoppers to buy a fake headdress at Spirit Halloween doesn’t count. War bonnets are more akin to Purple Hearts.

As a Native American, I can’t tell you what an absolute pain it is to traverse through aisles of costumes this time of year, especially with children in tow. Mommy doesn’t like explaining why Party City is selling a “Cheeky Cherokee” teen costume that promises to send its wearers “heading for the woods,” or why Spirit Halloween is displaying a “Naughty Navajo” mini dress that will have women “sending out smoke signals.”

Like any decent parent, I try to teach my daughter to carry herself with pride and dignity. These racist costumes, that specifically target her purely because of her race, send her the message that Native American women are viewed as sex objects. It makes her sad and angry. She knows those costumes are not who we as Native women are, and that we should not be depicted that way. Statistically, a shocking one in three Native American women will be sexually assaulted in her lifetime. Encouraging the public to view Native American women as disposable sex toys is more than a grave insult, it’s irresponsible and negligent.

Speaking of negligent, Cherokee and Navajo are the names of sovereign tribal nations. There could be trademarks involved. Last year, the Navajo Nation filed a lawsuit against Urban Outfitters for just that, and violations against the federal Indian Arts and Crafts Act, after the tribe discovered they were selling their now infamous “Navajo” hipster panty and flask. Party City, Spirit Halloween, and anyone else who uses the names of tribes to sell their wares without the tribe’s permission is hereby put on notice. You could be engaging in illegal activity.

Who makes these costumes anyway? Party City mentions online that its products are manufactured “both in the United States and overseas.” I shudder to think that an Indigenous child in some far off land is being made to slave over a costume used to appropriate Indigenous peoples in this country.

The other day, a clueless non-Native miscreant told me that “Native women are sexy,” and that’s why non-Native women try to emulate them. Excuse me if I’m not flattered, and here, hold my purse while I kick him in the nuts. He did have a point though, in that white men have fetishized and eroticized women of other races and ethnicities throughout history, leading white women to imitate those features. One such case is that of Sarah Baartman, an African tribeswoman and former slave who was exhibited in freak show extractions in Europe in the early 1800s. Sarah was kind, intelligent, and spoke several languages, but that’s not what she was known for. She was displayed so white men could gawk at her large buttocks and elongated vaginal labia. Seen purely as an object of sexual gratification, Sarah was called the Hottentot Venus. The popularity of Sarah’s sizeable posterior is believed to be the chief inspiration behind the bustles that became so fashionable in Europe soon after her arrival.

Ruth Hopkins (Sisseton-Wahpeton, Mdewakanton, Hunkpapa) is a writer, blogger, administrator, and the Chief Judge of the Spirit Lake Nation. She’s a columnist for Indian Country Today Media Network, a founding writer for Lastrealindians.com, and a contributor to Truthout.org, Jezebel.com, Counterpunch.org, and Racialicious.com. Her work has been featured in dozens of venues online and in print. She’s also a published horror author.