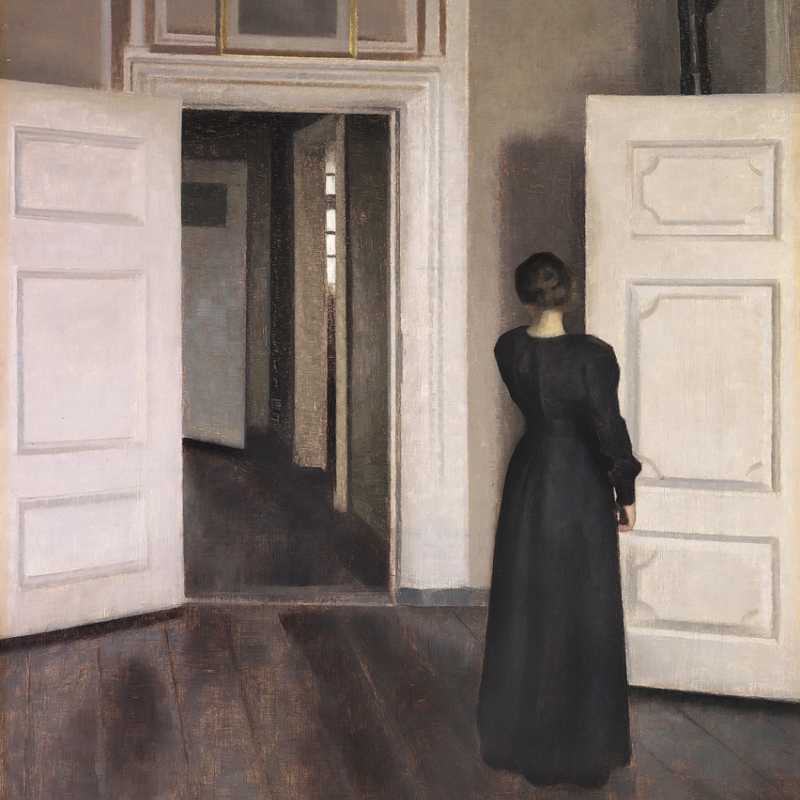 The hand tremors hold off until the second “F” now.

“Progress!” the therapist says. “I know you don’t think you can…” But it’s not that. It’s not a question of strength. It’s about beginning. Or reprisal.

Pale yellow pads are best. They contrast well with black Sharpies. No one can miss a bumblebee. Bold shades feel childish, multi-colored stacks, desperate and chaotic. Pale is unpretentious. Professional. Informative, but not pushy.

“Do you think it matters to most people?” the therapist asks. Clearly she’s in possession of the answer. The question is essentially rhetorical. Most people don’t bother replying to that kind of inquiry.

A standard yellow Post-it pad contains one hundred adhesive sheets. Filling every page might sound gravely monotonous, considering the wording is identical, but adjustments here and there help. Spacing is limitless. Placement is indeterminate. And there are half a hundred ways to draw a line.

When its lettering is finished, each pad births a flip book. An illusion of moving words. Sometimes the words spawn pictures. They flutter to life—little, insignificant things, nonsensical but for shared proximity—and with the slip of a thumb or lift of a wrist, they are gone.

“I want you to try an exercise,” the therapist suggests. “Go to the grocery store and place your notes. Then go to another. Keep placing. Affix them until your hands are empty.” This is a thin trick. But, fine, there are worse ways to waste a day. Twelve stores, fifteen Post-its lighter. The lesson is unnecessary. It’s not about running out, using up. It’s salvage and courtesy. It’s warning.

“I want you to open the baby’s room,” the therapist says.

It takes five days to fill a 3×3 Post-it pad. More if life or people get in the way. Sitting on the floor is best, so long as the lap desk is available. Sometimes it’s put away—high in the linen closet—and climbing the stepladder stings too keenly.

“Let’s make a deal,” the therapist says. “Every time you feel the need to buy new Post-its, go on another search-and-stick spree instead. You can still soothe that urgency, that need to alert. Rather than stockpiling them, put those bundles to use. It will help you move forward.”

Emptying a pad is cathartic. But not soothing.

The baby’s room is next.

“How are you feeling about what we discussed a few weeks ago? I mentioned opening up the baby’s room—are you still against it?”

“I’ll always be against it.”

“You’ve made such progress with the Post-its. How many pads would you say you’ve filled, in all?”

“I don’t count them.” Why would anyone do that?

“Could be a long time until you come to the end of them.”

There is no end to them.

“Maybe we should ramp up the timeline a little,” the therapist decides. “Let’s see where we are next week.”

How many grocery stores are within reasonable driving distance from any one person’s home? How likely is a shopper to unknowingly purchase food items that have dropped to the floor? How many people will heed the sharp drone of a pale caution and choose differently, giving thanks?

“So, how was the weekend?” asks the therapist.

“I flagged all of them. Especially the produce aisles.”

This is where most people lose their grip. Often they retrieve the fruits they’ve dropped. Some are wise enough to realize we cannot redeem every tender thing we let fall. If I see someone return a bruised product to the shelf, I knock it loose again. I tuck it against the racks and displays and cover it with a blacklisted Post-it—a little yellow jacket. Each thudded cantaloupe gets one. Fell on Floor, the paper jacket warns. Every rolling apple: FELL ON FLOOR. The tiniest tottering grapes—FelL oN FlooR. Dented soup cans, lurching chip bags, trampled cartons of sliced cheese. The crib. The playpen. The blanket with the fuzzy bees. And the door. Swarms and swarms of layers on the door.

Laurel Miram is a Detroit-born writer. Her work appears in SmokeLong Quarterly, OPEN: Journal of Arts & Letters, Eastern Iowa Review, and elsewhere. She is a senior editor for The Lascaux Review.