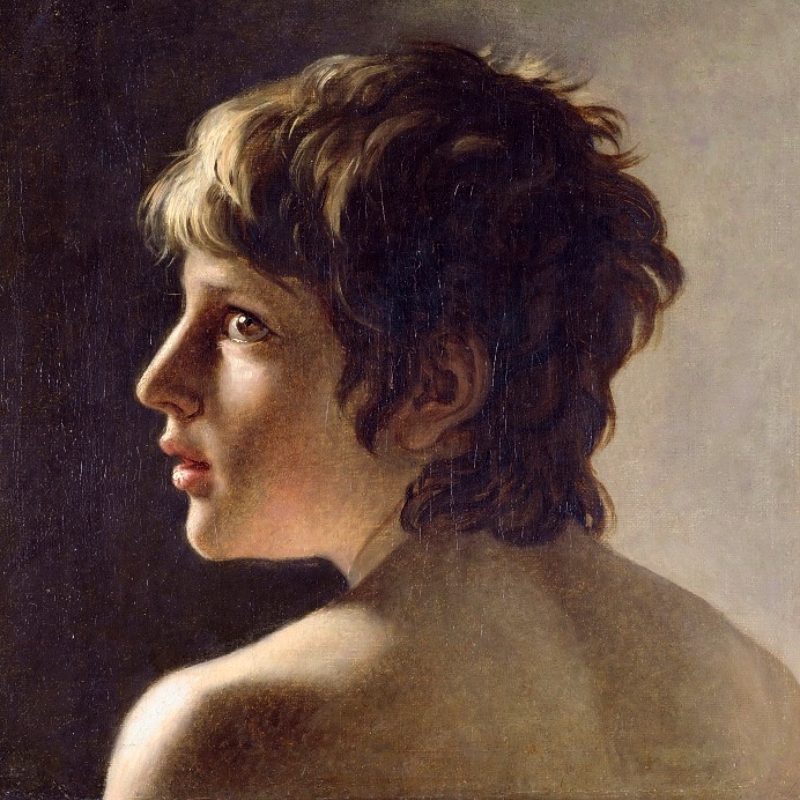 The boy was holding a balloon. That’s what everyone could agree on—he’d been walking along the edge of the wall, atop the soot-stained balustrade, and he’d been holding a red balloon.

No, a pink balloon, said the man who sold arancini at the cart near the entrance of the park.

There was no doubt it was blue, from the woman who’d been walking her bichon near the fall.

The little girl who’d been swinging on the derelict old swing set (which the town council had been rallying to remove for several years now) said that the adults were all wrong, that the balloon had been the color of raspberries when you mash them into the bottom of your bowl, and that she had gotten a splinter from the swing seat.

The sky had turned its eight thousand shades of crimson and purple, before it happened. Really, everyone agreed, it was too late for children to be out at the promenade (this, with a judgmental glance at the little girl’s mother, who was rumored to be no better than she should be). The working men had cleared the streets for their dinners; the babies were in bed, dreaming their sunset dreams.

Someone, though, had not understood the meaning of conscionable time. Someone had allowed their son to play out on the city streets, to play atop walls, to slip at the place where the stone grew slick and mossy.

In the absence of any other information, they agreed that the child must be an outsider. Any of their children, should they be atop the balustrade in the first place, would never skip on that particularly traitorous stretch of stone, knowing full well that the sea air hummed up off the rocks below to create a damp and slippery sheen just there, next to the third bench of the promenade. Any of their children would understand the inherent risk of holding to a balloon, one hand incautiously distracted; they would surely never walk without two feet and full focus planted firmly on the narrow beam below them.

The butcher’s wife, who had not seen the fall but who had come by at the sound of commotion, had been heard to cluck distastefully—her husband knew the chief of carabinieri, who’d said that the boy had been dressed in cheap wool shorts and a ratty old cardigan, with a tiny cap on his head. Shorts, in the middle of October; all she could say was that no child of hers would be seen in the middle of winter, half-dressed.

Or, it was to be presumed, walking on top of a balustrade, with no one to watch him, said the florist, who was known to be a particularly spiteful man.

It goes without saying, sniffed the butcher’s wife, before remembering a prior engagement.

The florist’s daughter, as it happened, had been the first to come upon the crumpled little body, broken on the shoals under the promenade’s walls. She’d been boating with her paramour, ignored his horrified protests, and steered them to the boy. When the more sentimental members of the crowd asked if she’d attempted resuscitation, the practical florist’s daughter had replied simply—it was obvious that no efforts in that direction would be needed, since the boy’s skull had been crushed in by the rocks.

She did not relay that she had, in a moment of unusual sensitivity, plucked the little boy’s hat from where it lay perched on a shoal; she imagined it had floated down after him, taking its time to descend, whereas the boy’s body had plummeted in no time flat. The hat was well-mended and sturdy, the sort of thing you’d find in an old antique shop.

The police had inspected the hat for any identifying details, and found none; when they’d turned their backs to address the medical officer, she snatched the hat from the table and shoved it in her purse. It was illogical, of course, but she suddenly could not abide the thought of the lonely little hat sitting, bagged, in a cold evidence drawer.

One young police officer, new to the force, had had the brilliant idea to canvas the balloon sellers in a two-mile radius; the buoyancy of the thing, as reported by spectators, ensured that the balloon could not have traveled far from its origins.

The balloon sellers, to a man, claimed that they had sold no balloons to a child of such description, poor little tyke. October was not a brisk time in the balloon trade. They also found it unlikely that the child would have bought a balloon and inflated it himself; when this tack was suggested, they smirked knowingly at the carabinieri, as though these starched shirts would never have any idea of the mystery and the majesty of their trade.

Only the florist’s daughter was left to think, that night, after the boy’s body had been cut open and investigated, his description posted on flyers and news alerts, his little form locked safely away in a drawer and tucked in to sleep under a paper blanket, at the ugly truth of it all—that the juxtaposition in the sight, the boy’s body tumbling through the air and the flight of the balloon, tinted fire-heart red by the last flicks of the sun, up into the half-shadowed sky, was one of the most beautiful things she’d ever seen.

Lauren Lynn Matheny is a writer of fiction and nonfiction. She received her MFA in fiction writing from Colorado State University in 2018. Her work has won prizes from Third Coast Magazine and Literal Latte.