On the Diamond Behind Garfield Elementary, Melvin White Proves There Is But One Boog Powell 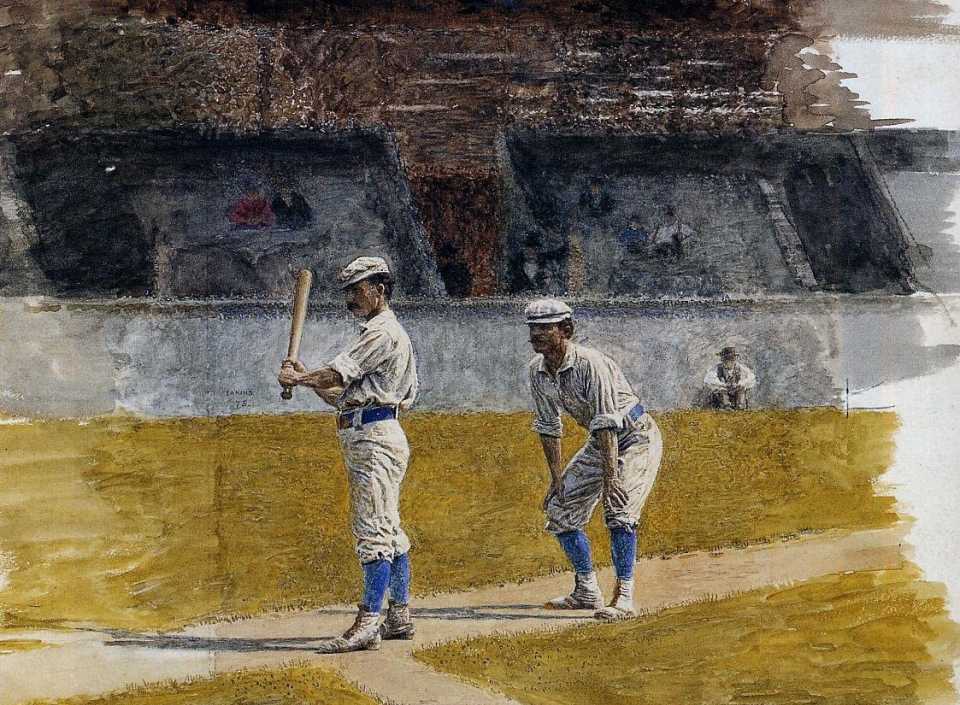 When Dave Wheeler fielded the hard one-hopper
to short, he fired the ball to Melvin White,
forgetting the huge first baseman
moved like molasses.
Melvin caught it on his sternum.
You could hear the breath escaping
all the way to center field.

Falling in love is like that,
begging air as the infield laughs hysterically.
You could be dying, blue and big as Melvin White.
It could be spring and the woman married.
She could be dark
and fine as air the hour after rain.
Still, they would double over laughing,
the pain getting worse.

And after she had gone,
you would catch her scent, imagine
strong small hands halving apricots
as you fall face first, runner advancing.
Of course, eventually the pain would ease.
You would stand.
It would be important that the game go on.
You would recall a score,
how far behind you were when it hit,
only this bright burning in the lungs.

“On the Diamond” originally appeared in The Ohio Review.

Roy Bentley is the author of eight books of poetry, most recently My Mother’s Red Ford: New & Selected Poems 1986-2020. Hillbilly Guilt won the Willow Run Poetry Book Award and is forthcoming in 2021. Roy was a finalist for the Miller Williams Poetry Prize, University of Arkansas Press. His poems have appeared in december, The Southern Review, New Letters, Crazyhorse, Shenandoah, and Rattle, among others.