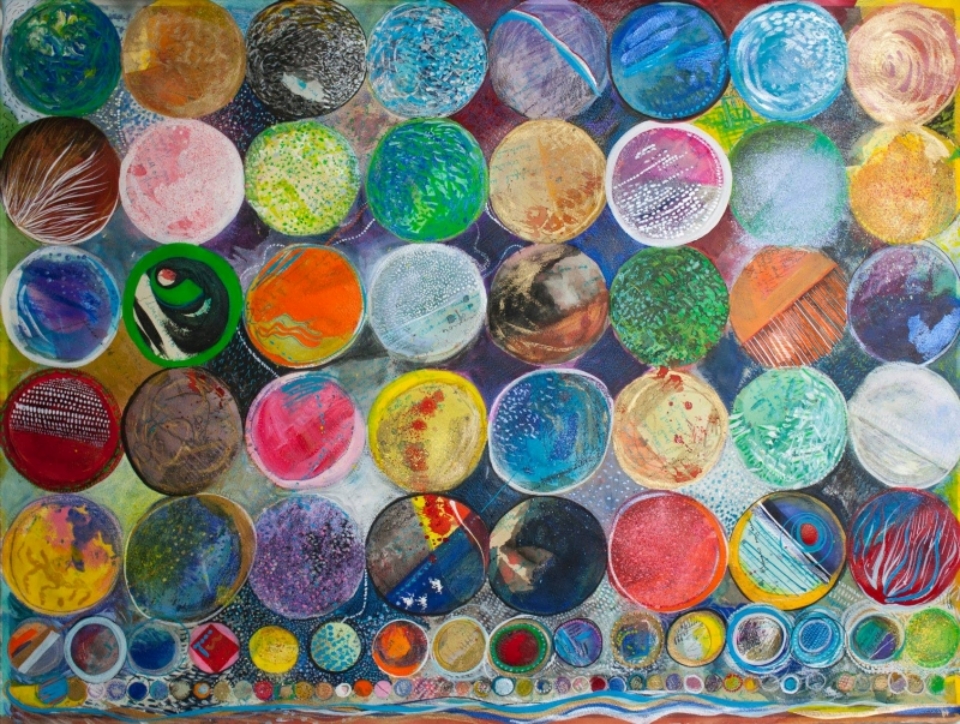 I keep a list of songs I know well, so that if I get dementia people can reach the real me hidden inside my broken brain. I imagine myself slumped in a chair, wisps of fluffy, non-directional hair on my bony head while some distant grandson fumbles through his futuristic music provider (an implant in his pinky or a button on his tinted Bono-glasses). He finds a song, let’s say Poker Face by Lady Gaga, and my head jerks up like strings are attached. I smile. I say something retro like, “Dude, I dropped my iPhone in the toilet again.” He smiles back and says, “What’s a toilet?” (They’ve fixed the issue of consumption and waste in the future—injections. I don’t know this for a fact, of course, but there’s a good chance it’ll happen.)

Ben says stop being weird. I say planning for your future is weird? He inches away from me, tired of my ideas. I can tell he’ll leave in the next three months, maybe less. I’ll slip the note I’ve already written into his shirt pocket and pat it three times, like a wise father bestowing a gift of money. The note says This was fun, don’t forget your humongous bag of Peanut Butter M&Ms (Costco sale). Then I’ll kiss him on the cheek and hope he smells my pheromones. Not because I want him to stay, but because, goddamnit, don’t be an asshole. I’ll say see you around, maybe I’ll wink. I’ll wear the t-shirt that’s so thin my nipples show. (It’s hanging in the closet, I’ve dried myself with it like an animal spreading its scent.)

At work I keep ziplock bags of flour in the back of the cupboard, adding spoonfuls every day (I work at Zeke’s Treats—home of the original bacon donut). When they get full I bring the little bags home and put them in a large rubbermaid bin in case there’s ever a flour shortage. And there will be. Have you seen the wheat fields of Uttar Pradesh? Withered and dry, so dry you can hear the wind crack the stalks. This sounds like snapping sticks and crushing M&Ms and raging fire (this is how I imagine it, understand, there is no way to prove this to you). Once my bin is full I will bake a giant cake and start over, because old flour tastes stale and results in a denser crumb. Then I’ll throw a party. The invitations are made and sit in the top drawer of my dresser with my undies. I’ve addressed them (organized) and stamped them (good financial planning) but inside is a picture of Ben and I photoshopped on a giant cake (hasty). So I’ll make new ones. Or better yet! I’ll paste the face of someone else over Ben’s (my fish, Elrond).

Ben says he’s going to bed and on his way (over his shoulder) asks if I want to have sex. I sigh and splay on the couch like I’m tired of this situation (not just him, see?). He shrugs and leaves, but I did kind of want to have sex. Which is the problem with thinkers like me, always two steps ahead, but relentlessly alone.

I go to the pantry where I keep a Cheerios box full of plastic grocery bags—hear me out (I do love whales). What are you going to do when it’s the end of the world and you find a locker of canned ham or bandaids? Be prepared. Save a few plastic bags (not enough to clog a whale’s stomach, mind. I can’t stress this enough) and keep them in your pocket after The Big Day happens (The Big Day being the end of the world). Don’t tell the cashier why, just say you forgot your canvas bags. I count mine now—six, folded neatly into squares. I check them for holes—none. Make sure the cashier uses bags with no holes. If there’s a hole, say, I’m really sorry to be that person, but can you get a different bag? Then change the subject so the tension doesn’t linger.

There’s a problem. And I know what you’re thinking. How can a person so fully steeped in preparedness feel the worldly weight of problems? It’s interesting, because that’s what I thought. The problem is I’m not sure I can kill a person. And there are plenty of spontaneous crises that could lead to killing (home invasion, dementia, someone trying to kill me for my last can of ham). I have a knife, it’s a paring knife and it’s ceramic. I keep it under the mattress, but I’m sure I could never watch someone’s eyes go vacant as their life empties onto my carpet, and I’m concerned ceramic will snap in two when it hits bone. I need you to understand, I don’t want to kill anyone. But spontaneous crises are real and you should explore this part of your humanity.

I don’t know about God, since only the perceptible is knowable (Karl Marx). This keeps me up at night. Ben believes in God, which is why he has sex guilt and also hope. I keep religious books around the apartment and have memorized key sections from each in preparation for The Big Day (The Big Day being death or the end of the world—save your bags!). What I hope: that God is a kindly man-woman with downy-soft cheeks. What I fear: that God is a vengeful dickhead.

Other than that, I think my life is going quite well. I’m currently recording songs for my future grandson’s playlist—songs that hold my memories like a glass holds water. I sing about my mother being a nurse and my dad driving truck and how his arms had thick black hair like a bear. There’s a whole verse about throwing up during French class in third grade that I almost took out, but memories are our diaries (Oscar Wilde)—without them we are nothing. I sing about how my favorite snack is banana yogurt and the one I hate most is Peanut Butter M&Ms, and I just added the part where I said no to sex with Ben, but wished I didn’t. He walks from me, with shuffling steps, I was kind of joking but he didn’t get it (to the tune of Your Song by Elton John)

I don’t think he loves me, but at least I have these:

Flour for cake, and a drawer full of names.

I didn’t say I was a good songwriter. I never said that.

Now I curl up next to Ben, he smells good (will I remember?). I count the bumps in his spine. Don’t ask me how many there are, I’ll add that to my song tomorrow. And, quite frankly, it’s private.

Angie Ellis lives on Vancouver Island in Canada, where she is nearly finished her first novel. You can find her stories in Narrative Magazine, Juked, Pithead Chapel, Typehouse and others.