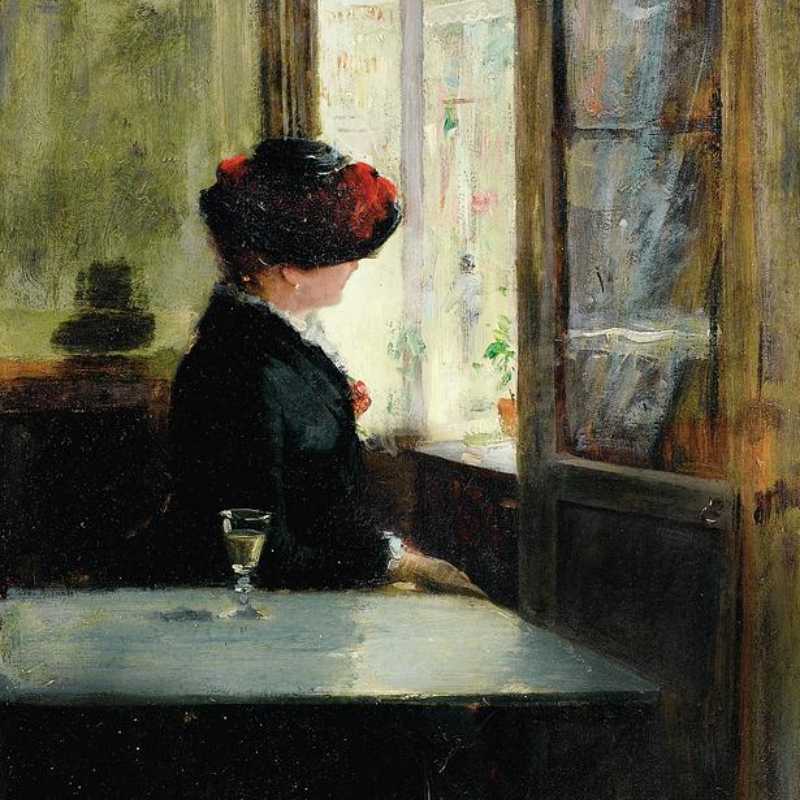 “Waiting at the Cafe,” oil on panel, by Fernand De Launay, n.d.

There is a woman in the booth next to us.
She looks at me as I remove my new hat.
A deep red cloche, felt flower on the side.

As I try to fluff my hair back up,
her Gallic eyes smile to see me
struggling with the universal problem
of hat hair.

I smile back and we are
allies of static electricity,
joined by manes that won’t bend
or think of obedience.

I don’t speak her language,
but we know this one.
A song of gesture and resistance,
the thought we look flattened.
Recognition that at our age,
it doesn’t matter to anyone,
but us.

Her daughter and phone-glued
grandson pay no attention.
My husband’s nose
touches the menu.

As they rise to leave,
she raises her own hat to show me.
Hers is red, too.

Everyone overlooks
this intimate unfamiliarity,
nestled so seamlessly
among the clatter of dishes
slipping from the busboy’s hands.

Barbara Greenbaum’s work has been published or is forthcoming in Crack The Spine, Green Hills Literary Lantern, The Louisville Review, The MacGuffin, The Massachusetts Review, and elsewhere.