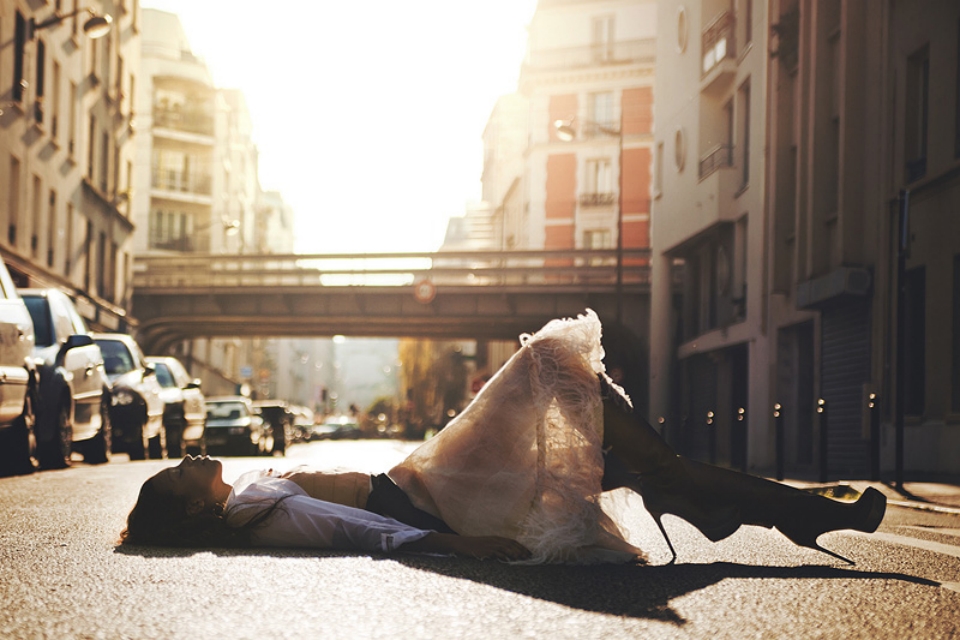 “Send lawyers guns and money, the shit has hit the fan.”
—Warren Zevon

In a different life I’d run away with the waitress,
scream across Santa Monica Boulevard negligent of red lights.
In a different time I’d perhaps get her to take the wheel
while I shoot out the tires of the pursuing cop cars,
confident of making the border before nightfall.

We’d lie low in Tijuana, maybe cut and dye each other’s hair
and mull over the maps and the madness of our options.
Bolivia might come into the equation. As might Honduras,
which would be less of a drive and warmer at night.
It might then be time to dump the stolen Cadillac.

Back in LA, the news headlines would make my colleagues
giddy with perversion. In a smoky room a phone would ring,
the receiver lift and a voice on the other end announce
in excitement Mac’s made it.

Desires crackle like moths to a hot bulb in this café, the
scripts abandoned and the headshots growing older by the day.
They still dress the part mind you, the waitress in her bowler
hat and black bra visible through her thin cotton blouse;
my neighbour in his striped three-piece suit and pocket watch.

I was told about the ice-cream parlour across the street and
I shift my attention, watching the clientele come and go,
when all of a sudden it’s you that’s on the run.
You are dressed to the nines, dark sunglasses and bouncy hair,
men wait until you have passed until turning to inhale your
perfume—

—it’s Florence. It’s early summer. There you are.

In front of a cathedral, pigeons scatter as Carabinieri race towards
the bank alarm calling out for help, but you? You just light a
cigarette and toss the match stick over your shoulder. It’s all
being shot in black and white of course to give that timeless sense,
and from an open balcony window we can hear a cello play the Bach
preludes as the credits roll and you disappear into the foreground.

I hear the slightly scratched voice of Joan Baez coming from
the record player singing about the junipers in the pale moonlight,
applause erupting like hailstones on a corrugated iron roof.
I am singing back through the bedroom wall,
wishing the neighbours would just shut up for once and listen.

Night arrives with a baton, taking its dark lectern on cue and conducting
its flotilla of noise: fire trucks, police sirens, ambulances,
a car alarm crying wolf to the night.

And I am reading your email, throwing my mind back to the wine bar
tables where we would arm wrestle over the colours:
misty-memory-green, winter-cheek-red—
each new phrase coined celebrated like a scientific breakthrough.

In a different life I would run away with you,
into the tattoo-blue of early evening, cover our tracks
and burn every single one of those maps.

Neil McCarthy studied English Literature at the National University of Ireland in Galway. His work has appeared in The New York Quarterly (USA), Magma (UK), The SHOp (Ireland), The Dalhousie Review (Canada), Poetry Salzburg Review (Austria), Helikon (Hungary), Blue Dog (Australia), and elsewhere. He is the author of three chapbooks: Voicing the Bell, Naked in Vienna, and Seven Cities. He lives in Los Angeles.