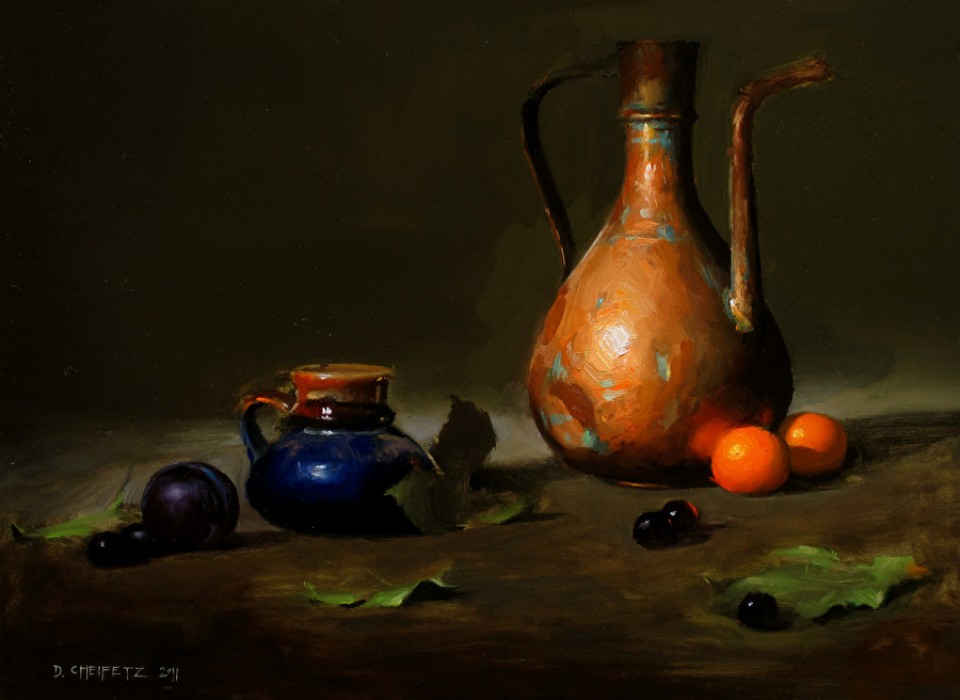 The Iranian blue-glazed pottery sat on our parents’ shelves for years, the best memento, more valuable than the hookah with the handsome mustachioed man painted on the base, the long rope of copper camel bells, more treasured than the leather saddle seats with brass studs, the rough clay worry beads, the woodblock tablecloth that never seemed to fade.

The pottery bought by Father for 3,000 paper rials at Tehran’s bazaar was the symbol of that time, when on our alley a scratchy recording of the mullah blared, calling our neighbors to prayer, the apartment’s aviary filled that spring with plastic ferns and dusty taxidermy peacocks that stared accusingly at the American family unsuccessfully studying Farsi around the borrowed kitchen table.

The blue plate once served the barbari bread shoveled from deep ovens and purchased on chaperoned walks down the block, the black pebbles clinging to the doughy seams like barnacles, chipping our mother’s teeth. In the blue cup we once arranged the overblown roses gathered on jeep trips past wide cement gutters full of water for drinking / cooking / washing, into the provinces where men in vests and loose pants travelled the empty roads to mosques adorned with thousands of tiles far bluer than the summer sky, then farther still to the Caspian Sea, a quiet green monster asleep on its side.

Don’t wake it, the memory too big and rich to swallow, like the soapy tasting gumdrops rolled in sugar we bought on Citroën cab rides to Tehran’s corner shops—dastè râst, dastè chap, turn right, turn left, nearly all of the broken Farsi we could recall. Everywhere, the women in black veils like dark ghosts who came alive when the autumn winds threw open their chadors to expose rock concert T-shirts, Chanel skirts, the wrists laden with gold bangles snapping the cloth closed again, a magic trick almost too quick for our eyes.

The blue-glazed pottery overflowing with images of Zafar, the houseboy forever sweeping our front steps, dark eyes full of murder, laughing mouth full of white teeth when we pushed the winter snow from the apartment roof down onto his bent back. Then he was gone, the Shah’s portrait replaced with the Ayatollah’s in every shop, chanting from the main street, the electricity failing as though in a nightly storm, khodahafez, good-bye, the last of our Farsi, truly.

Flying home with all of the other Americans, off to Wichita and New Brunswick and San Diego, we watched the brown country recede through the plane’s window, saw it move even farther away through the glass screens of TV evening news reports, finally disappearing to a pinprick, until one day the tablecloth had faded, the beads cracked, and the Iranian blue-glazed pottery had vanished, sold at a California garage sale to a stranger for one U.S. dollar, paid with a pocketful of change.

Lynn Mundell’s writing has appeared in The Sun, Booth, SmokeLong Quarterly, Five Points, and elsewhere. Her story “The Old Days” is included in the W.W. Norton anthology New Micro: Exceptionally Short Fiction. Lynn’s work has been recognized on the Wigleaf Top 50 Very Short Fictions short and long lists annually since 2017. She is co-editor of 100 Word Story and its anthology Nothing Short Of: Selected Tales from 100 Word Story (Outpost19). Learn more about her at lynnmundell.com.