The Hideaway Motel in Altoona, Pennsylvania 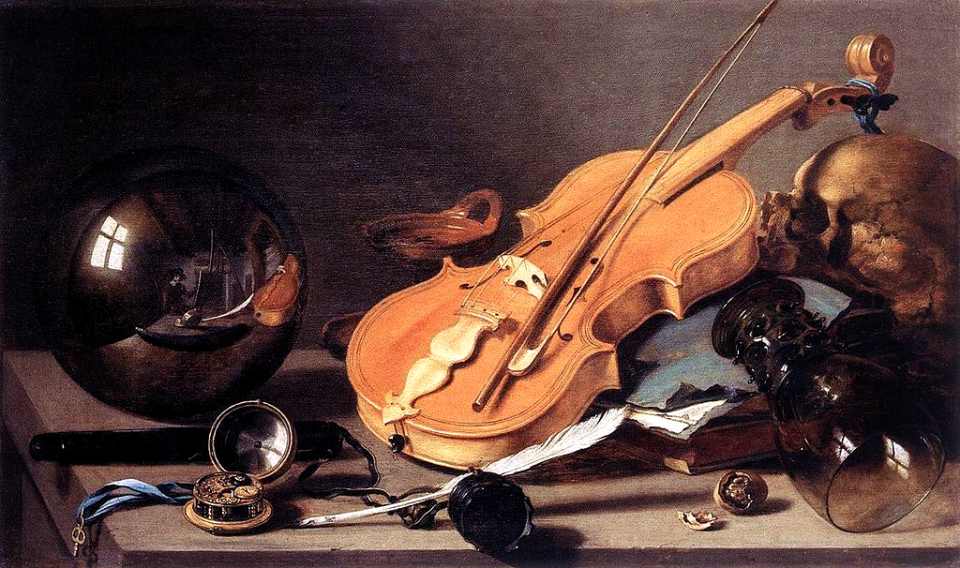 “Vanitas with Violin and Glass Ball,” oil on panel, by Pieter Claesz, 1628.

by Lauren Hall
Mrs. Norris begins the afterlife in room 3B, the wheels of an empty suitcase skittering behind her. She takes her crossword puzzle to a café and bides her time. What’s a five-letter word for taciturn? Later, she’ll watch her husband climb out of a bathtub. He’ll think for a moment that he sees her hovering there in the steam, mouth moving, and he’ll pause before wiping the mirror with his towel. No matter. She can try again tomorrow. Dinner is a poached egg, rye toast, a little butter, left to sit until it goes cold on the plate. Checkout time is eleven o’clock, or not. Either way, there will be another crossword puzzle. A nine-letter word for edge is threshold. A six-letter word for last year is regret.

Lauren Hall’s work has appeared in NANO Fiction, The Conium Review, Eunoia Review, Cleaver, and others. She received the 2012 William Carlos Williams Prize for Poetry at the University of Pennsylvania, where she completed a Masters degree in Creative Writing and Literature. She lives in Boston.