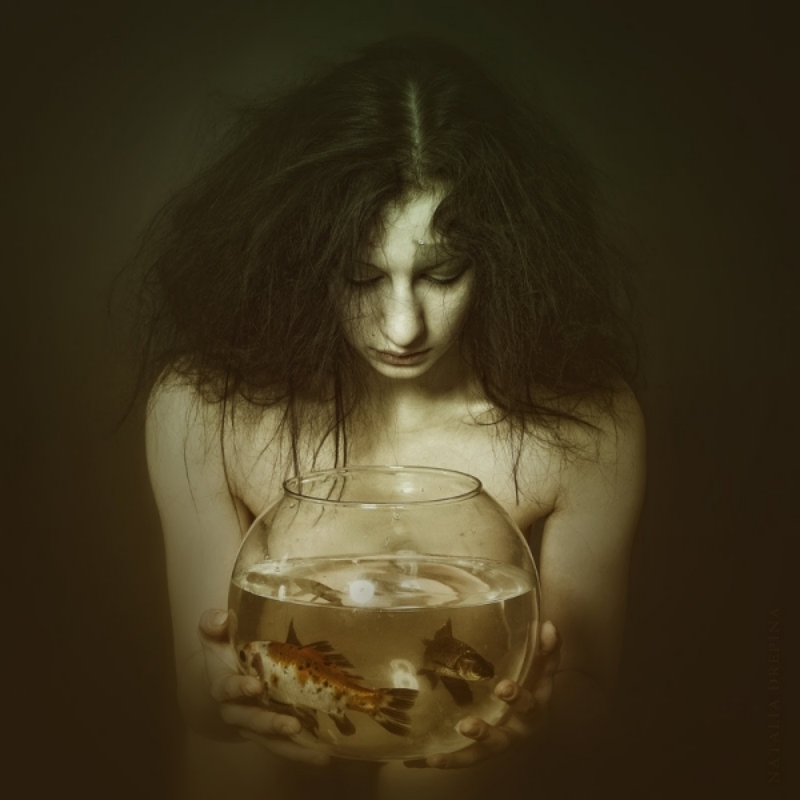 “The Aquarium,” photograph by Natalia Drepina, 2011. Used with permission.

Does it matter that a migrating tern
is standing in the Fox River
with a goldfish in its beak?

The tern is a Caspian with a lovely black head
like the back-combed Italian mobsters in old movies.
The ones where the hit-men are usually two guys—
one skinny and smart-mouthed, one fat and dumb.

They are called The Muscle.

Sooner or later the mob-boss kills one or both of them
for failure to finish some job—
breaking thumbs, rubbing out rival mob-bosses.

If you take the Metra into Chicago
from the far west suburbs
you pass through a wooded area outside of Oak Park.
It is rumored that this is where the bodies are buried.

In the end, it matters to the goldfish.

Lisa J. Cihlar’s poems have appeared or are forthcoming in The South Dakota Review, Green Mountains Review, Crab Creek Review, Southern Humanities Review, and elsewhere. She is a two-time Pushcart nominee. Her chapbook The Insomniac’s House is available from Dancing Girl Press and a second chapbook, This is How She Fails, has been published by Crisis Chronicles Press. She lives in rural southern Wisconsin.