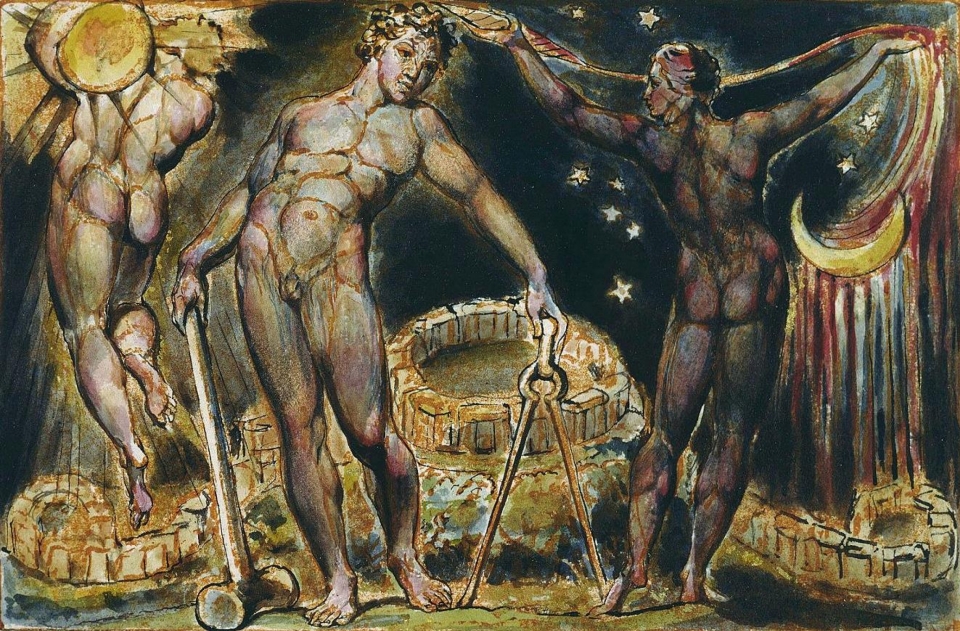 “Los and Enitharmon,” etching in pen and watercolor, by William Blake, 1820.

I believe it was either forever or an eight
no longer lazy on the page,
because things took longer after that,
had longer lifetimes,
and that was their sign in continuous curls.
I do not believe in the Big Bang
or the Steady State.
I believe I am neither innocent nor guilty.
I believe if I face the water
foxes tiptoe behind me. If watching land,
dolphins and marlins
leap and spin deliberately. I believe each day
the tide exposes new continents
so the old maps are useless,
that the wigeons will reshovel the shore,
that this will not happen again,
not this way, not any, never.

Allan Peterson is the author of five books, most recently Precarious (42 Miles Press) and Fragile Acts (McSweeney’s Poetry Series), a finalist for both the 2013 National Book Critics Circle and Oregon Book Awards. His chapbook, Other Than They Seem, winner of the Snowbound Chapbook Prize, is forthcoming from Tupelo Press. Honors include fellowships from the National Endowment for the Arts and the Florida Fine Arts Council.