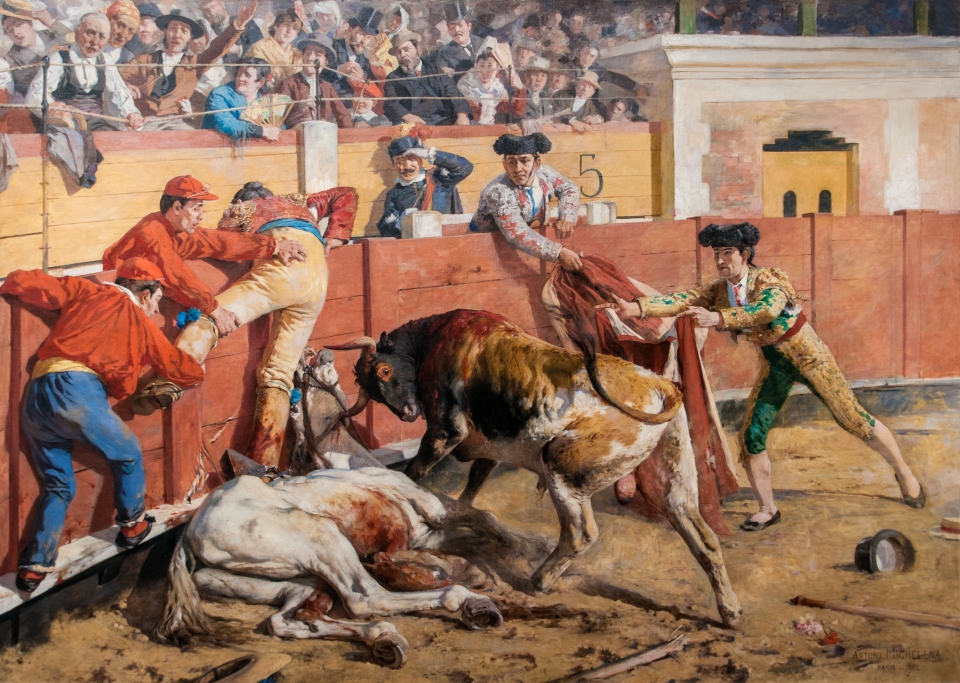 For Christian Hernandez, a matador who was arrested in Mexico City for fleeing the bullfighting ring.

You can tell before he trots away,
swivel-headed toward risk,
before he drops the cape to run in earnest
toward a slapstick sideways leap
over the arena wall.

Then there he is again—
the Suit of Lights, all
epaulets and reluctant pink and gold,
back in the ring. Those are his
hands cradling the part of him

that will save the rest.
He hears the taunts
from the seething crowd.
The arena floats like a cup
in a pool clogged with jetsam.

Joseph Gross received a Master of Fine Arts from Western Michigan University in 2010. His poems, essays, and stories have appeared in Alaska Quarterly Review, Fourth Genre, Mid-American Review, Ninth Letter, SmokeLong Quarterly, and elsewhere. He is the former Editor-in-Chief of Atticus Review and works currently as a library director.