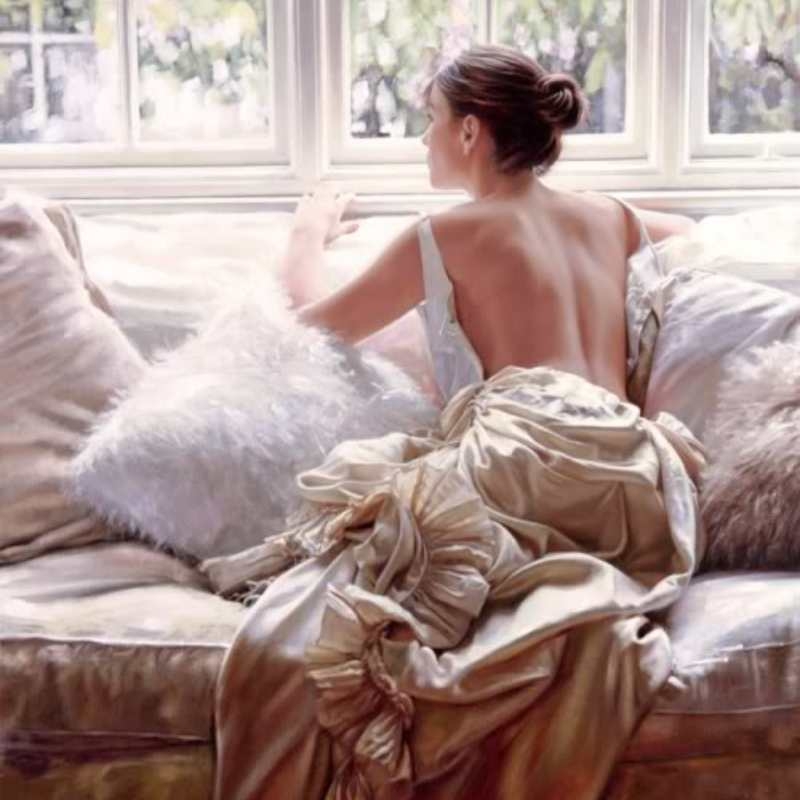 A moment in the woodshed with Kathleen—
between the shovels scabbed with dirt, hanging
cultivator claws, chipped clay pots and stacks
of garden mulch—would reveal the many secrets
of the world. Among the tongues of hyacinth
getting loose in the garden, (once we water them
with a pint of rye whiskey and ice), she shakes a glass
of Captain and Coke, close enough to her husband’s drink,
stationed in Lisbon, where fried plates of squid and a wedge
of lemon were as big as a crate of azaleas, with a porcelain dish
of basil and oil. So glad, she said, that he’d come back.

Though for a piece of good advice and a buffalo nickel
she’d lead you to the woodshed, sprigs of chickweed
and moss blooming in fists from cracks in the cobblestone
path, slightly buried, the space between stones, engorged
with the musky smell of earth and her unwillingness
to defile Egyptian cotton. But boy, I’ll tell ya, a moment
in the woodshed with Kathleen would shake the rust
from the long-handled lopper and the pruning saw—
she’ll make you think this whole thing’s worth doing,
and worth doing right. And on the darker nights
when weather floods the walk, when throats of the garden
stretch for air, she stays indoors alone, with the window open,
candles dancing on the furniture of empty rooms, dark corners,
a cabinet of medallions and a green battalion cap—and she,
moaning for a man in a bistro, somewhere, filtering Spanish
through mouthfuls of squid, picked in ringlets by a tiny fork,
dipped in a bath of savory oil, collapsing a lemon wedge,
something soulful on the juke box, humming in rhythm,
rattling a glass of ice and cola, a splash of the local rum.

Jim Davis’s poetry has appeared in the Seneca Review, Blue Mesa Review, Contemporary American Voices, and elsewhere, and has won several awards. His first chapbook, Feel and Beat Again, will be published this summer.