I Have to Catch Fish so Jason Can Get Married 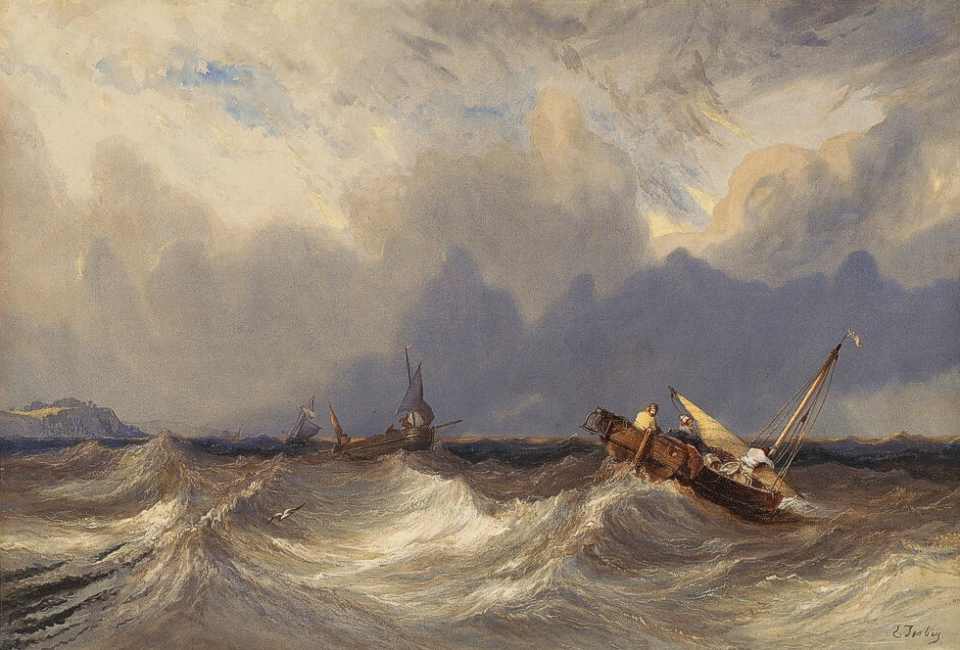 I have to find more fish tomorrow. If I don’t Jason won’t be able to marry Martha. Jason quit his job with Boeing because he was told he’d make a lot of money on a fishing boat. It wasn’t true.

He keeps repeating, “As long as we catch 65,000 pounds of salmon that will be enough.”

“Enough to buy a ring. I know she wants one. She dropped real heavy hints the last few months. Like when we were at the pawn shop… she kept saying that rings were available for layaway.”

Jason has four children all born from different mothers. Child support will glean most of what he makes this fishing season. Does he know that? I won’t tell him. I’m not as honest as Jason. He has the kind of sincerity that can only be found in a person who has never known glamour, or ease.

When he talks about proposing, his teeth collect themselves into an impish grin that fills his face. Jason is an orphan and has never met his parents. He grew up in the kind of foster home that kept him an orphan—a place where a kid feels so lonely that he finally befriends the feeling of desertion out of necessity.

There are a lot of sad stories that come with crews of men and women working hard labor jobs—persons running away from misery, and those looking for joy. There are criminals and monsters, drunks and addicts. Romantics and explorers, and those who just don’t fit in any where else.

Bilge: The inside of the hull and the lowest point in the vessel. If there is a leak in the boat, water will show up in the bilge.

The log book reads, “Total Pounds: 40,000.” I have to find fish so Jason can get married. We head out before the sun wakes up. The wind is lazy this morning, the water is still. Engines roar in the distance. Deck lights turn boats into fireflies. The radio is loud with nonsense. I make coffee. Four scoops of Folgers in a percolator that is no longer a percolator. The diesel stove takes so long to get hot that we took out the percolator’s guts and just use the carafe to make cowboy coffee.

Cowboy Coffee: Ground coffee measured and added to near-boiling water. The grounds sink to the bottom, where they remain after the coffee has brewed. Adding cold water to the surface and tapping the side of the container helps.

I let the crew sleep as long as I can. This is my favorite time. Alone. Only the dawn and I, the wind and I. With the pilot house window open, the wind takes out its aggression on my cheeks.

I stare into the darkness and try to remember feeling free and new. I scrape together the remnants of myself, make new plans, give myself pep talks. I lose hours inside memories that belong only to me. I miss the mass of humans I’ve loved, and humans I’ve despised. I try to remember everyone I’ve known; their names and faces. I even try to count my mistakes, but the count becomes too high.

The radio says fish have been seen jumping by Dead Man Sands, a place where the tide sucks a boat in faster than you can spit. That’s too far. If it’s a mistake, we won’t have time before the opener closes to find a new spot to put our net in the water. We will try the middle channel. Or maybe tender row. I pick up the binoculars. The tender row looks over-crowded. It will have to be the middle channel. Time to wake up the guys.

They hate me first thing in the morning. I try to sound pleasant. Focus on making my voice soft and inviting. “All right guys it’s time.” They get out of their bunks sore and depressed. “There’s coffee on the stove. We’ll start setting the net in half an hour.”

Jason pours himself a cup of coffee and comes up to the pilot house.

I’m scared to answer. “I sure hope we do. Not much wind today so the fish might not be moving.”

We arrive at the spot we’ll try first. I pull the boat out of gear, and time our drifting speed. We are drifting at three knots. We still have a few hours till peak tide. My eyes are on the clock. “Ok guys better get your slicks on.”

Slicks: Oilskins worn to repel water. Historically oilskins were waxed and oiled leather. Now they are made out of plastic and rubber.

Our fishing periods are called openers. Fish and Game decides how long and when those openers are by measuring the amount of salmon that have traveled up river to spawn. We have a nine hundred foot long gill net. We set it off the back of the boat and drift with the current. The goal is to find a school of salmon and stay on top of it despite various hazards like going aground, getting the net hung in the prop, and tangling with another boat’s net.

As the guys get the deck ready, I climb up on top of the pilot house where I drive the boat while fishing. Visibility is better from there. We are set apart from other boats which could be good if we land on a school of fish, or demoralizing if we fail.

I yell down past the engines exhaust, “TEN SECONDS” then “SET.” I speed up the boat to four knots. The net is whipping out over the stern and diving into the water. Half the net is out and no sign of fish.

“God damn it,” I whisper, steering the boat in an ‘S’ maneuver creating a similar shape in the net.

They yell up from down on deck, “LAST SHACKLE,” which means the last 300 feet of net. I slow the boat down. Still no sign of fish.

I catch a glance from Jason. He looks hopeful. His eyes are shining from the deck lights reflecting off them. I have to find fish for him. I know why he’s here. Why am I here?

In years past I had reasons like his, but those reasons are gone now.

The entire net is in the water. I stand up so I can see its full length. If we fail today there’s no way to catch 65,000 lbs before the season is over. I look at the digital chart to plan where we’ll go next, then I hear Jason yell, “LOOK LOOK we’re gettin’ ‘em.”

I wheel back around to look at the net. Half of it caves in from a school of fish hitting it. I begin to tow the net toward the school of fish.

Matthew Sullivan is a commercial fisherman in Alaska, and a software developer who currently lives in Dallas, Texas. This is his first published work.