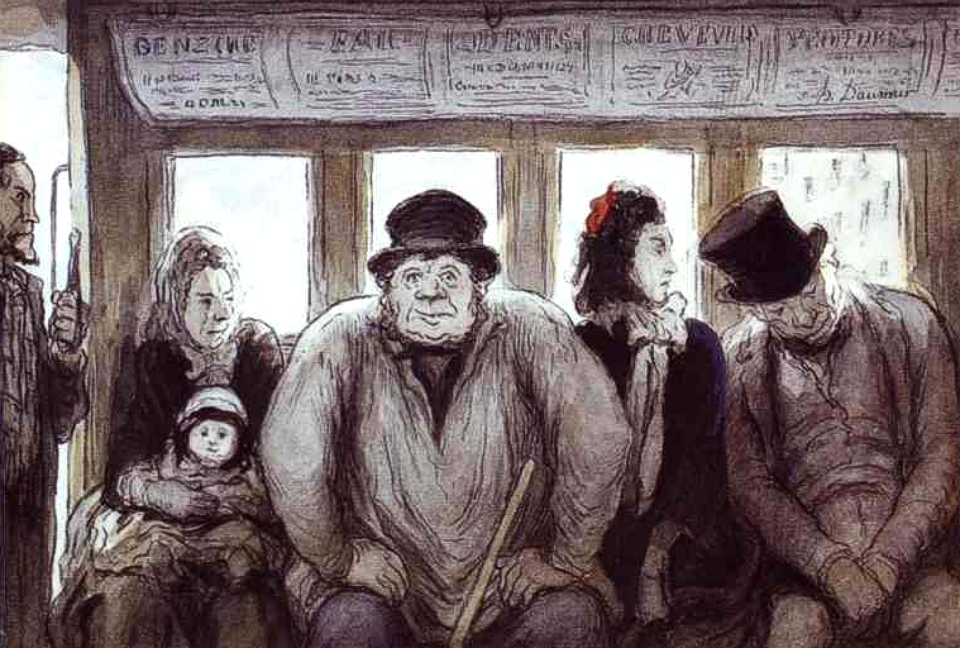 “The Omnibus,” crayon and watercolor, by Honoré Daumier, 1864.

The chrome-colored clouds
pushed the heat down, held in the car fumes,
the smell of the asphalt. Out on the patio,
I was ready for work, in crepe-soled boots,
in t-shirt and jeans, had my lunch made up.
The first buses went by. All over town,
they swayed on macadam, bald tires
crunched glass, streets sparkled with dust
of granules and shards. Cracked open my first,
just then, as the new rouge sun
showed through a bandage of clouds,
a fretwork of power lines above the tar roofs.
I opened another, impressed with myself.
I was giving the finger to dead-end jobs,
getting pretty well-primed. I heard people stir,
felt them reach for a smoke, hurt lungs
sucking in the sweet myrrh, holding it
for a moment, eyes shutting tight on the pain
we felt back then. I lit one, too,
pulled hard, exhaled
an aurora of dust
and finished the 6-pack.