At Least One Point 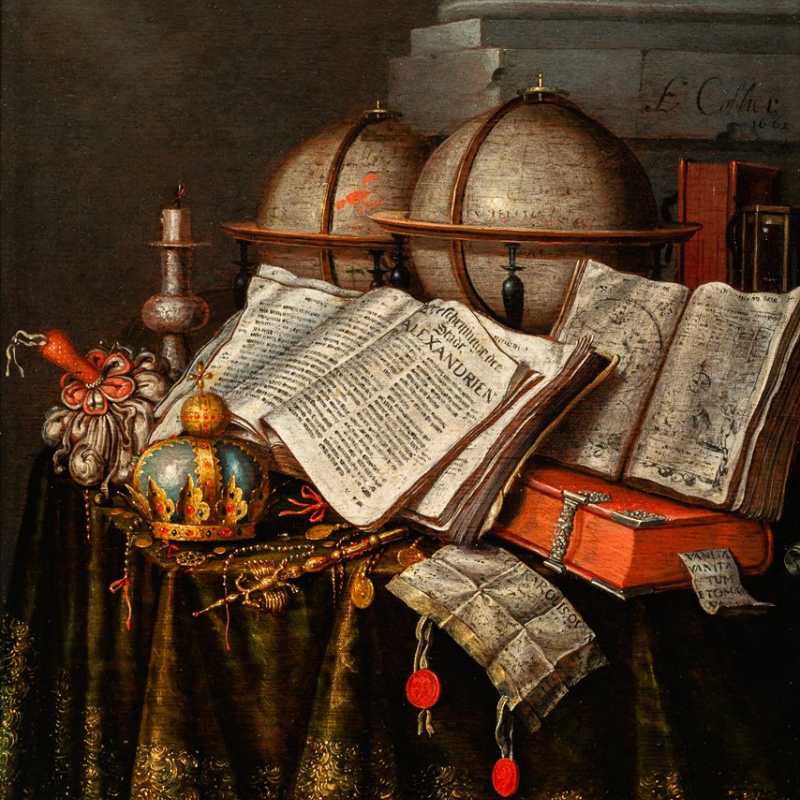 My father always wanted to own an island,
but settled for unnamed ponds to which
he could affix his name for all time,
at least in his mind after the government
said, “No, we won’t allow that.”

Armed with compass and large-scale map,
we’d set out in search of tiny ponds,
almost always finding them
before the sun set early in the mountains.
We’d stand at the edge of his discoveries,

linger until there was barely time
to make it back before dark. Hurrying along,
we slipped on mossy rocks in brooks
and scrambled through brambles
as night squeezed out the forest’s last light.

One afternoon, frustrated as we tried
to find a small blue dot the map claimed
was there, losing the battle against
the topography of the place, he thought
I might prefer the challenge of topology

Show that there must be at least one point
in time when you’re at the same point
on the trail each day, whether you stop
at a stream to drink or pause to pick berries
or lie down to gaze at clouds, or not.”

My father never settled for clumsy solutions,
some leap of insight always required,
a transformation to an equivalent problem
easy to solve. I couldn’t have said,
“Two continuous graphs in the x-y plane,

one for the trip up, another for the trip
down, must necessarily intersect.”
That would have been of no interest;
it had to be two people on the same day
rather than one person on two days,

two people starting and ending
at the same time and thus having to meet
somewhere along the way.
These days I describe his elegant solution
as father and son necessarily meeting

somewhere along their journeys—
like my son’s ascent and my decline
twenty years hence, he looking up
at me standing at the precipice of dementia
looking down, as I stand now looking up.

Jim Tilley’s first book of poems, In Confidence, was published by Red Hen Press in January 2011. His work appears in Virginia Quarterly Review, Southwest Review, Alaska Quarterly Review, and Southern Review, among other journals, and has been featured on Poetry Daily and the PBS News Hour’s art blog. He is a winner of the Wabash Prize for Poetry and is a four-time Pushcart Prize nominee.