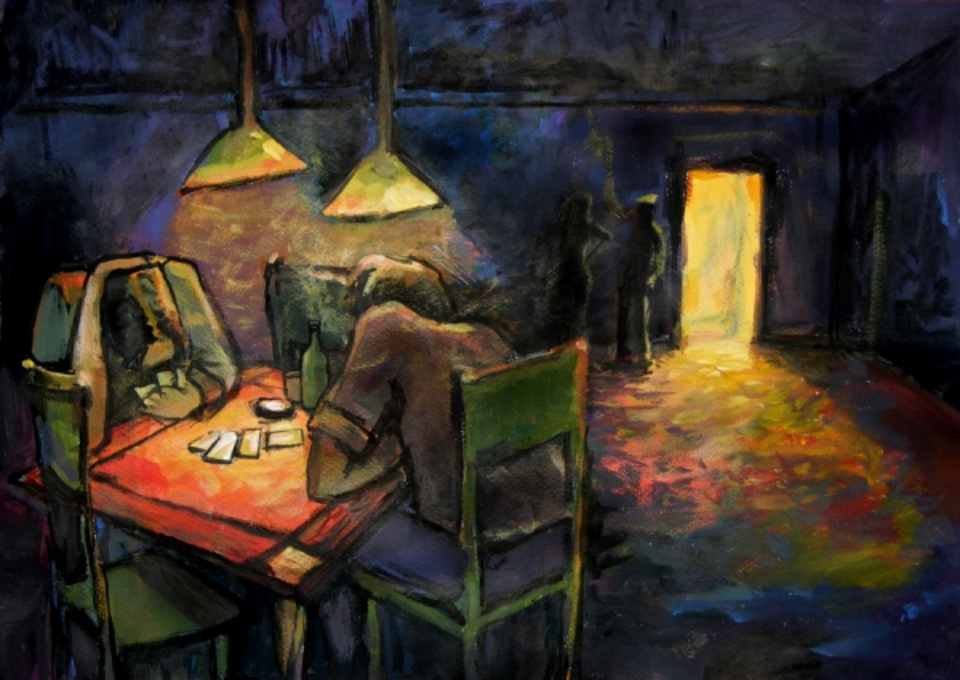 “Poker,” acrylic on paper, by Ksenia Kopalova, 2006. Used with permission.

Another Monday in another February and the streets outside
are shiny with sleet, speckled with litter. Everything
diminishes—sumac and elm, Dad’s old Buick. Lust.
In the Arch Street Tavern, they understand diminuendo—
bar keep, wait staff, drinkers who risk black ice
to sit under a funnel of light and tap one foot a little back
of the blazing beat. Up on the stand, they get it, too. A year after Chick’s death
and they’re playing his charts anyway. “It Might As Well Be Spring”
they roar. “Send in the Clowns” with a little strip of calliope music
tucked into the bridge. “Come Back To Me”
and the trombones chugging like a locomotive on the way
to a stalled car. Tony comes in halfway through the set
and they mob him, buy him rounds, ignore
the fact he hasn’t brought his horn. Back up under the lights
till way past midnight, they’ll be playing Ellington, sinuous
and tight. A ballad, maybe “Lush Life.” And something up-tempo
like “It Don’t Mean a Thing.”