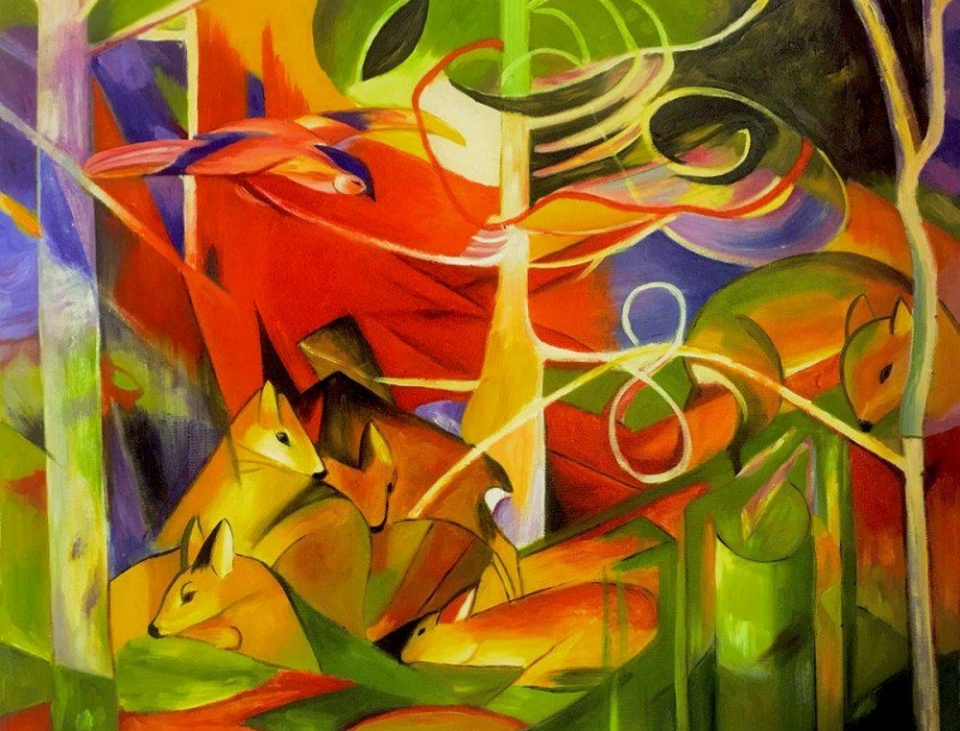 If Pastor Dale’s deer-stand was built as a place from which to squeeze a hair trigger, it also ladled up a grand view of the valley below, thick with hickory, sycamore, and elm. Pastor was a righteous man. He called the Sheriff about the untagged does in his neighbor’s back shed after finding the guts “bleeding all over the fool’s own overdrawn bank statements” in the gulley between their two lots. That’s when it began: the curtain-twitch when he passed Ray’s house, the footsteps squeaking on snow in the night outside the windows of the doublewide Pastor Dale lived in with his grandson while his daughter got things sorted out in Claysburg.

Pastor Dale was a hunter himself, but always with a license and under his quota. He taught the boy how to track so their quarry would not startle and bolt, tainting the meat, and that a botched shot was worse than coming home empty-handed. In the off-season he dragged a salt lick to the back yard and set out galvanized tins filled with sweet mash and dried corn and kept tallies of the deer and turkeys that came to feed.

The boy wasn’t much more interested in hunting then he was in playing ball, where he was like a calf let loose on the field, all folding long legs and more often than not facing away from the play. He daydreamed, read, wanted piano lessons. Everyone knew he couldn’t so much as swat a bee. He went along, yes, but used every Sunday School prayer to ask for bad aim. His grandfather knew it, and when each shot went wide merely exhaled deeply and said “did your best, no man could ask for more.”

Some farmer the century before had used his ax every twelve feet to notch limestone slabs marking Pastor Dale’s property line. Still, after the third night of hearing the crunch of footsteps on snow, he decided to post his land. It took two hundred signs, and two full days to make an island of Ray’s single acre.

Winter melted into spring, and one day the boy opened the storm door to the stoop to feel a warm breeze on his face. He looked down and, on the cinderblock stoop saw a paper bag with the top neatly folded down three times. Inside were four spotted legs, each sawn at the knee and ending in a tiny ebony hoof.

No one knows exactly what happened after that. Ray’s truck sits in his driveway, now, tires flat and water reservoir dry. The curtains in his trailer are gone. The boy’s mother fetched him back to Claysburg in time to start the new school year. Pastor Dale still fills his outdoor bins with dried corn mash, feeding the animals he’ll track come fall. His pulpit’s been empty since he stepped down. When people ask, he says it was him who did it, him who nudged his grandson’s young arm. Who spoiled his aim.

Rebecca Foust’s most recent book is Paradise Drive. Recognitions include the James Hearst Poetry Prize, the American Literary Review Fiction Prize, the Constance Rooke Creative Nonfiction Award, fellowships from MacDowell and Sewanee, and recent appointment as poet laureate of Marin County. Foust is the poetry editor and writes a weekly column for Women’s Voices for Change, and is an assistant editor reading fiction for Narrative Magazine.