The Year Nobody Died 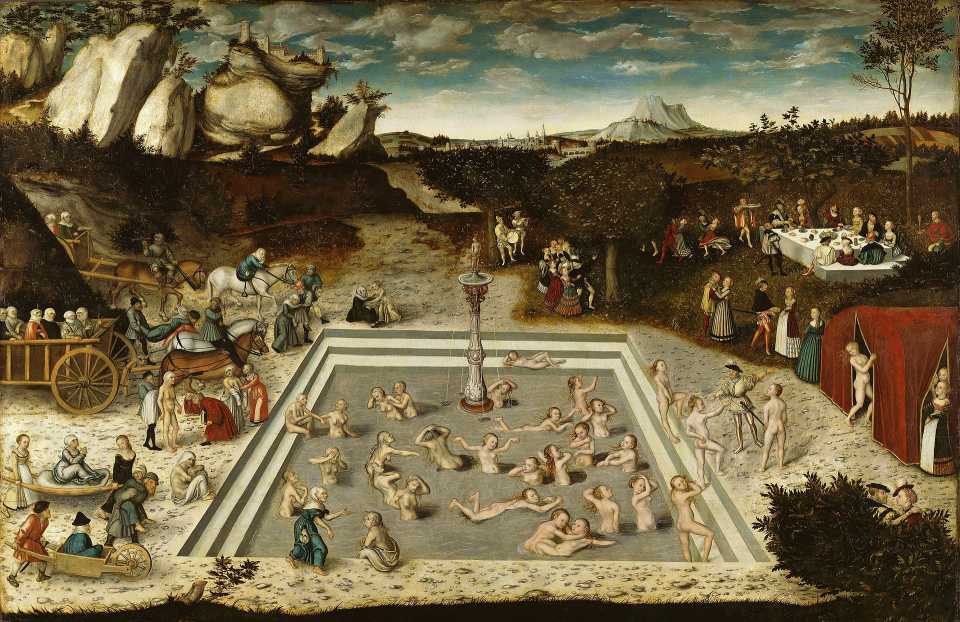 It was March before anyone noticed. The first was Merlene Svensgard, whose husband Al had died on New Year’s Eve while he and Merlene were counting down the final seconds along with Dick Clark on TV. They had reached three when he suddenly dropped to the floor like a sack of meal. At first Merlene thought he was joking—Al could be that way. But, as she told everyone afterward, she realized he was dead the instant she saw he’d spilled his champagne on the carpet. Al would do a lot of things for a laugh, but spilling expensive liquor wasn’t one of them.

Merlene finally stopped telling that story in early March, when she realized that two whole months had passed without anyone in town following Al’s lead. “Doesn’t that seem odd?” she said to the girls down at the Coffee Klatch, but they just shrugged and said the town was small, not that many folks died in any given year. But in the coming weeks, they found themselves turning to the obituary page of the local newspaper, just to see. But week after week, they found no one to mourn.

By June Lester Gilman, who owned the monument works, was beginning to complain, though not loudly, and only to friends, like Ed Simmons, owner of Simmons Funeral Home. Ed assured Lester that business would pick up soon because, after all, only two things were sure in this life: death and you know what. But privately, Ed was less confident. He began to drink more than usual and suffered bouts of impotence. Even his jokes fell flat, like when he told his wife Bernice she would have been better off if she’d married H or R Block. He tried to smile when he said it but it came out more like a wince.

And then in mid-August the good Reverend E. J. Washburn, over at the Fellowship Bible Church, abruptly interrupted his regularly scheduled sermon on sins of the flesh to tell the story of Christ’s Passion and Death. He got all worked up, recounting every flesh-rending lash of the whip, each nail driven through our Savior’s palms, the centurion’s spear piercing His side, the blood running down from the crown of thorns into His eyes.

For a while, everyone felt better.

But by October even Miss Alice’s kindergarteners knew how many months it’d been and they began spending their recesses playing Ring Around the Rosie, laughing wildly as they called out “And we all fall down!” But rising after each collapse with tighter smiles.

It wasn’t that no one got sick that year. Quite a few folks came down with a cold or the stomach flu, Ralph Nokleby passed a kidney stone the size of a kernel of corn, and Evie Halvorson had a suspicious lump that hurt like hell but turned out to be just a boil. But nobody was at death’s door until mid-November when Harlan Erikson came down with walking pneumonia. It served him right, his wife Mildred said, since Harlan was famous for stubbornly refusing to wear a hat no matter how cold it was. By Thanksgiving, he was so sick Mildred had to rush him to the hospital in the middle of the night. The next morning, Doc Radke told Mildred to prepare herself because it didn’t look good. He patted her bony shoulder when he said this, and she nodded, her lips pursed. Down the hall, at the nurse’s station, the candy stripers and nurses whispered about Harlan’s meager chances for survival. But, despite all the predictions to the contrary, he pulled through, and by mid-December, when the first heavy snow fell, he was out snowmobiling around town, and still not wearing a hat.

Although the local economy was going good for most folks, people just didn’t seem to get in the Christmas mood that year. The grownups sat around the tree, reluctant to open their presents, and the kids didn’t tear off the wrapping paper with their usual gusto. Lars and Mae Ingebretson’s daughter and her family came down from the Cities for the holiday weekend, and Lars and Mae gave their grandchildren almost as many gifts as they usually did. But that year the only gift the grandkids seemed to like was the game Operation. All day long the house was filled with the buzzing of failed surgeries.

As bad as Christmas was, New Year’s Eve was worse, all that champagne losing its fizz in fancy glasses. When the ball descended in Times Square, almost everyone in town was already in bed, though no one was able to sleep. According to his wife Helen, Mayor Kent Bostwick tossed and turned until he finally got out of bed sometime after midnight. She’d assumed he was just going to go watch TV in the den, the way he usually did when he couldn’t sleep, but the next morning Highway Patrolman Lonnie Degrote found Kent’s Ford Fiesta crumpled like an accordion against a bridge abutment just outside of town. As Lonnie noted in his report, there were no skid marks on the highway.

When Lonnie stopped by the Coffee Klatch that morning for his usual Danish and cup of Joe, he told Merlene and the girls what had happened. Merlene’s mouth dropped open, a couple of the girls said “Oh no!” and Rosemary Givens made the sign of the cross, even though she was a lifelong Presbyterian. For the rest of the morning, they sat there at the Coffee Klatch, shaking their heads and whispering “How awful” and “Poor Helen” and ordering refills of the decaf. And whenever someone came in, they passed on the sad news.

Small as the town was, it took a while for the word to get around. That’s why, during a pickup basketball game that afternoon, Tim Weckwerth elbowed his best friend Danny Thompson in the mouth, hard, and when the blood came, they stood there, panting and staring at each other with something like relief.

David Jauss has published two books of short stories, Crimes of Passion and Black Maps (the latter the winner of the AWP Award for Short Fiction); two books of poems, Improvising Rivers and You Are Not Here; and a collection of craft essays, On Writing Fiction. He has also edited three anthologies, most recently Words Overflown by Stars, craft essays by the faculty of the MFA program at Vermont College of Fine Arts. His stories have appeared in numerous magazines, including Prairie Schooner, New England Review, The Iowa Review, and Shenandoah, and they’ve been reprinted in the Best American Short Stories, O. Henry Prize, and Pushcart Prize anthologies, and in The Pushcart Book of Short Stories: Best Stories from a Quarter-Century of The Pushcart Prize. He teaches at the University of Arkansas at Little Rock and in the low-residency MFA in Writing program at Vermont College of Fine Arts.