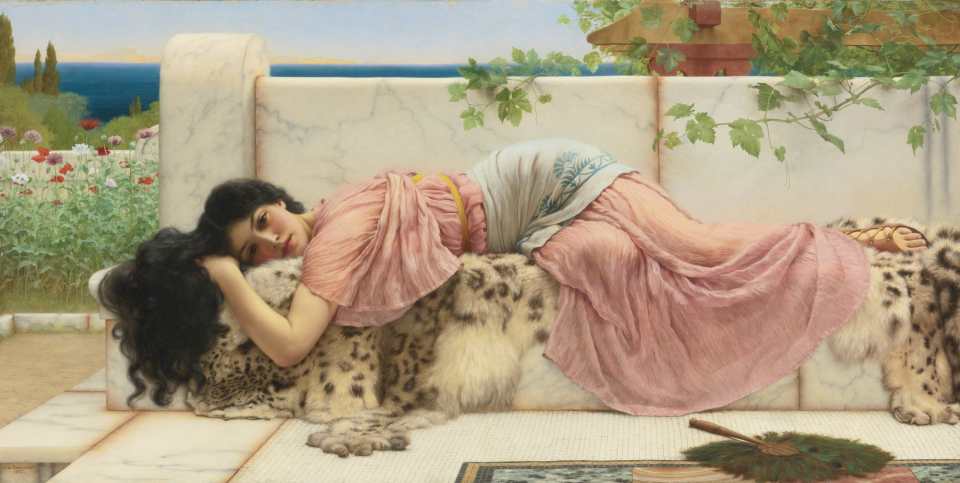 by Karen Paul Holmes
How I would Change the Endings of Perfect Tragedies
I cannot watch Romeo and Juliet without hoping this time Juliet’s lids will flutter before Romeo sips his poison, nor read The House of Mirth without wanting to shake some sense into Lily, beg her to forego the excess sleeping draught so Lawrence can declare his love the next day. And when fifteen hours of Wagner’s Ring draws to a close, please Siegfried, don’t take the potion making you forget Brünnhilde. Just go somewhere safe with her forever. Yes, that would negate the enthralling Immolation Scene, where she sings the longest aria in all opera, rides her horse into your funeral pyre, and burns up Valhalla, consuming all the gods. And yes, your deaths leave humankind redeemed by love, which I’m all for. But these days, the real world has all the drama I can stand, what with lovers leaving, dogs limping, bills piling, politicians stabbing, big toes stubbing, wrinkles slicing deeper and deeper into my face, once as smooth as an apple fresh from the tree.
*
My Almost Date with a Cowboy, Polebridge, Montana
Maybe an ex-pro-hockey player, now cattle broker, doesn’t qualify as a cowboy. And his trailing my girlfriend, her husband, and me from the Bandit Saloon to the Northern Lights Bar at their country club isn’t what you’d call a date. So I guess I should call it my almost date with an almost cowboy, though he did have on needle-toed cowboy boots. He’d been watching football while throwing back beer or maybe shots all day, wore a Montana Grizzlies sweatshirt and wasn’t that cute. When he ordered a Jägerbomb so loud everyone in the fireplace-lounge could hear, we felt like crawling under the table. Plus my friends had briefly considered setting me up with him but thought better because he always strung along at least two women, one in Canada and one or possibly two here. All that said, he was the first man to flirt with this newly single woman who hadn’t dated since 1977. His being so drunk he wouldn’t remember slurring once every three minutes, You’re hot! and You’re leaving tomorrow? shouldn’t have flattered me. But it did.
“My Almost Date with a Cowboy, Polebridge, Montana” originally appeared in Kentucky Review and was reprinted in The Good Men Project. Both poems appear in No Such Thing as Distance (Terrapin Books, 2018).

Karen Paul Holmes has two poetry collections, No Such Thing as Distance and Untying the Knot. She was named a Best Emerging Poet by Stay Thirsty Media in 2016. Her work has appeared in Prairie Schooner, Poetry East, Crab Orchard Review, diode poetry journal, Poet Lore, and elsewhere. To support fellow writers, Holmes founded and hosts a critique group in Atlanta and Writers’ Night Out in the Blue Ridge Mountains.