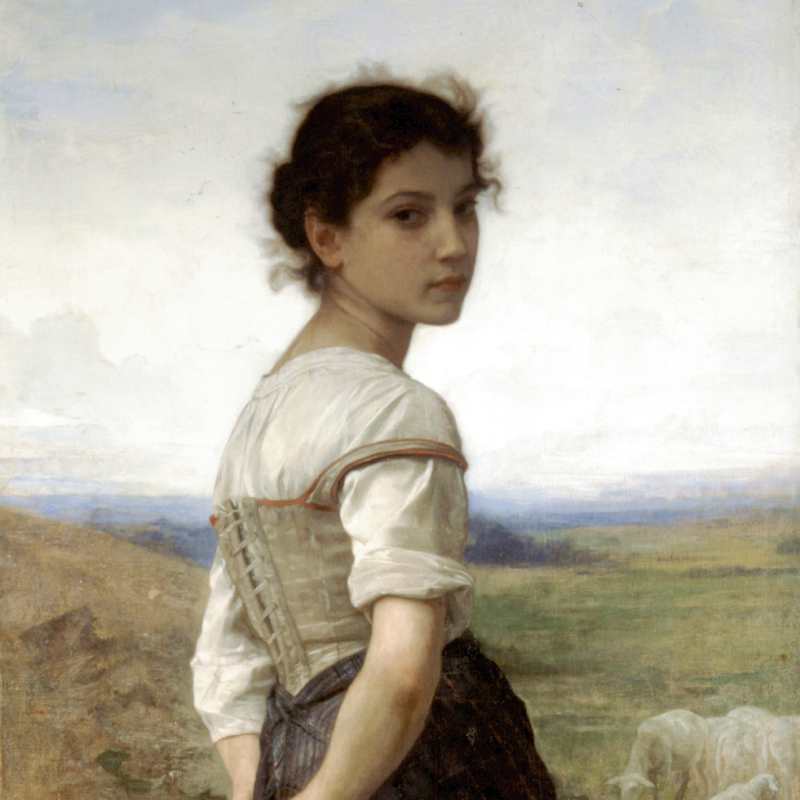 “The Young Shepherdess,” oil on marouflaged panel, by William-Adolphe Bouguereau, 1885.

I was thirteen, and there was a boy’s mouth
where my legs met. My heart beat

like a bird caught in a bag, let’s say
for her plumage. I could smell his want,

thirteen and there was a boy, and I became
something salt and sweet

where my legs met. My heart like a bird
swelled and split

the clear air with its song. I was the must,
the first press wine,

thirteen, and only this boy and the needles
under the pines,

that cedary bed, fragrant and ancient as dust
and where my legs met—thirst—

a boy, my heart like a bright, caught bird.

Rebecca Foust’s books include The Unexploded Ordnance Bin and Paradise Drive. Recognitions include the CP Cavafy and James Hearst poetry prizes, the Lascaux Prize in Flash Fiction, and fellowships from Hedgebrook, MacDowell, and Sewanee. Foust was Marin County Poet Laureate in 2017-19. She works as Poetry Editor for Women’s Voices for Change, serves as an assistant Editor for Narrative Magazine, and is co-producer of a new series about poetry for Marin TV, “Rising Voices.”