There, I Said It 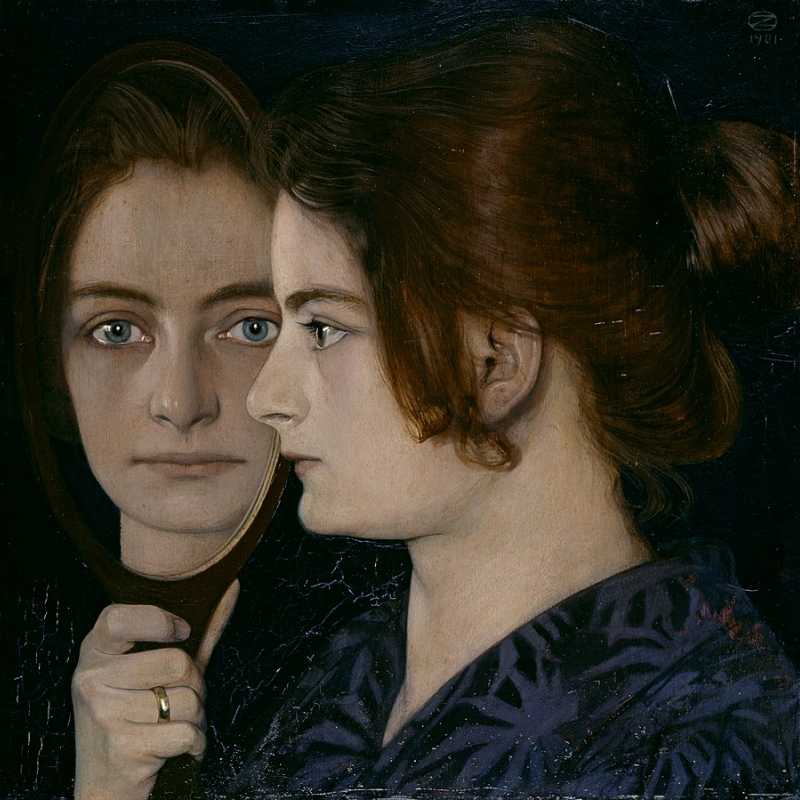 In the dark, from my twin bed, I listen to Romy and her latest visitor in the sheets. The wet stir of spatula in batter. Voices stifled between skin. Like always, Romy asked me before the visitor arrived, “Are you good with it?”

We share a dorm room at Northern Arizona University where snow fell hours ago and it’s April, where woodland creatures, as kinky furred as private parts, run the pine boughs and horde poppy seeds under their gums like greedy little pricks.

A pithy moan. I imagine mouths scoring stomachs, hips rocking like chef’s knives. Romy is a beauty but not patently beautiful and this is why I lay here and listen as if she’s a radio playing “Piece of My Heart,” when I should go sit by the fire in the community room with girls who talk about where their families fucked up. I’m afraid I’d out-fact them.

The shower curtain hanging between our beds billows. Maybe it’s Romy reaching for me. She tacked it to the ceiling after my comment last semester about light from the quad illuminating the “happymist” on her stomach. She didn’t seem embarrassed, but fascinated by the word I’d let slip. “And, we’ll call this curtain your innocence shield,” she whispered.

I tolerate the visitors because she forgets their names by sunrise and writes sabotaging haiku about their shades of pink. She says haiku is a 5-7-5 syllabic poem, a shape like an imperfect woman’s bodily ratio, and that haiku doesn’t rhyme because rhyme ruins the emotion. My favorite:

Dick of Pepto pink
Mouth like rubber, no asphalt
Take next exit, please.

One night after a visitor, she said she fears losing body parts. She’d seen a documentary about a married Pakistani woman whose tongue and hands were hacked off because she waved at her male neighbor after dark. “She found a lover again. Had to get his dick up with her feet.” I watched Romy clasp her wrists and tap her tongue like a tuning fork against her teeth. “No thank you. I’d rather be dead,” she said.

Fact: I fear my body parts will multiply and I’ll be like the soundboard in my brother’s woodsy room. Those hundreds of touchable dials and buttons reminded me of a 747 cockpit. But he was hardly going anywhere those nights, just making shitty praise music. Until he came into my room and slipped his hands in me. He said I was his one-hit wonder.

Romy and her visitor’s voices now are cakey and fast-rising to a dinner party din. I only catch, “For you?” The beginning of the question I assume was, “How was it?”

Thing is, Romy is all fearless whim. If the Australian swimmer built like a warhead turns her on, Romy doesn’t pretend to love water, she walks her to the top of Lowell Observatory to spread their legs under the Virgo Supercluster. If the Peruvian in Calculus with the lips talks too much about derivatives, she shuts him up with a BJ at the Horseshow Mesa petroglyphs. And so on and so forth, until occasionally she decides the job of a serial lover is too much give and not enough get, and she sleeps alone. On those nights, she makes us green teas and recalls her lovers’ tricks in blazing detail. I fall asleep thinking how lucky she is to know how to let her body have what it wants.

Fact: I wouldn’t care how it was for someone else. I wouldn’t speak a word, but only wonder how a body as used up as mine could induce raw, indelicate noise in another pure being. If it can. If mine is a body worth thinking about.

I burrow deep under my sheets and imagine I’m waiting on Romy to finish and call for me. There, I said it, don’t ask for more.

Fact: I’m afraid of finding fingerprints. I have them everywhere, like Romy has her horseback riding scars. One story goes she landed ass-first on a spur. But a brother’s fingerprints—they roil and crush like a Biblical flood.

Sister fact: Pink can tint toward brown. Brown is sugar, and he always dumped it on the pancakes he’d make the mornings-after. “Can’t we get maple syrup?” I finally asked, one morning after he’d done worse that night than touching. “I don’t know, can we?” he said, striking his air guitar like it was okay to be him and still be allowed music.

Sugar kisses. The lyrics from the song playing that afternoon I told Romy I was a virgin. A brother doesn’t count. I didn’t say that part; she’d balked enough at virgin. I told her I was waiting for “the one.” She asked if I was religious. I told her I prayed. That’s what I think I did when he was in me. She said praying was dry-humping, not the real thing unless you fortify it with confession crap. “We’ll change that,” she said. Still don’t know if she meant my praying or virginity. Both probably; she didn’t believe in God or deprivation.

Fact: Was I more “one-hit” or more “wonder?” And why was he inconsistent—why did he sometimes call it “happymist” and sometimes, laughing, “Jesus, why you doing this to me?” This is where you come in, Romy, and tell me when a big brother makes you feel both safe and dead, it’s best to write rhyming poems and pray the rhyme wrecks the emotion.

The curtain rustles. I look up. Light splinters off the platter of Romy’s back, down and over the pearled spur-scar, as she walks naked to let out the tall visitor. I scramble for a 5-7-5 in my head to recite when she starts letting me in and out like a visitor. I think she’ll notice me. I think I’m ready to be the visitor and not the visited. I need to be. But tonight, all I hear is what he always whispered, “Be quiet, Kiva.” So I am.