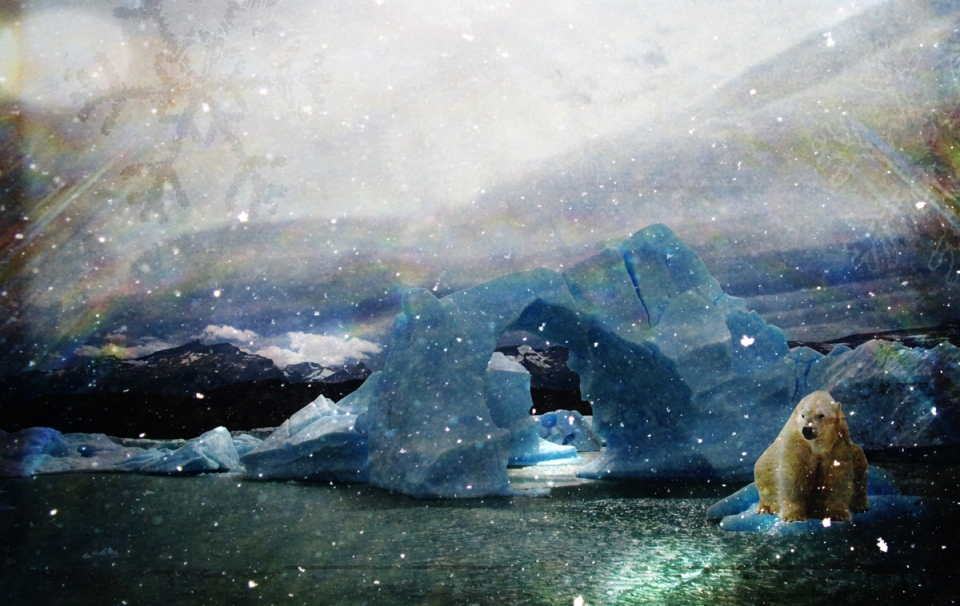 What I’m asking is will watching The Discovery
Channel with my young black boy instead
of the news coverage of the riot funerals riot arrests
riot nothing changes riots be enough to keep him
from harm? We are on my bed crying for what we’ve done
to the polar bears, the male we’ve bonded with on-screen
whose search for seals on the melting ice has led him
to an island of walruses and he is desperate, it is late-
summer and he is starving and soon the freeze
will drive all life back into hiding, so he goes for it,
the dangerous hunt, the canine-sharp tusks
and armored hides for shields, the fused weapon
they create en masse, the whole island a system
for the elephant-large walruses who, in fear, huddle
together, who, in fear, fight back. This is not an analogy.
The polar bear is hungry, but the walruses fight back.
A mother pushes her pup into the icy water
and spears the hunter through the legs, the gut,
his blood clotting his fur as he curls into the ice
only feet away from the fray—where the walruses
have gathered again, sensing the threat has passed.
My boy’s holding his stuffed animal, the white body
of the bear he loves, who will die tonight (who
has already died) and my boy asks me if this is real.
What I’m asking is how long will we stay walruses,
he and I, though I know this is not an analogy.

“The Polar Bear” was first published in Rattle.

Jennifer Givhan is an NEA fellow in poetry and the winner of the 2015 Pleiades Editors’ Prize for her poetry collection Landscape With Headless Mama, forthcoming in 2016. A Mexican-American poet who grew up in the Imperial Valley, she was a PEN/Rosenthal Emerging Voices Fellow, The Pinch Poetry Prize winner, and the DASH Literary Journal Poetry Prize winner. She earned her MFA from Warren Wilson College. Her work has appeared in Best New Poets 2013, AGNI, Southern Humanities Review, Prairie Schooner, Indiana Review, Rattle, The Collagist, and The Columbia Review. She is assistant editor at Tinderbox Poetry Journal, and she teaches composition and poetry at Western New Mexico University and The Rooster Moans Poetry Coop.