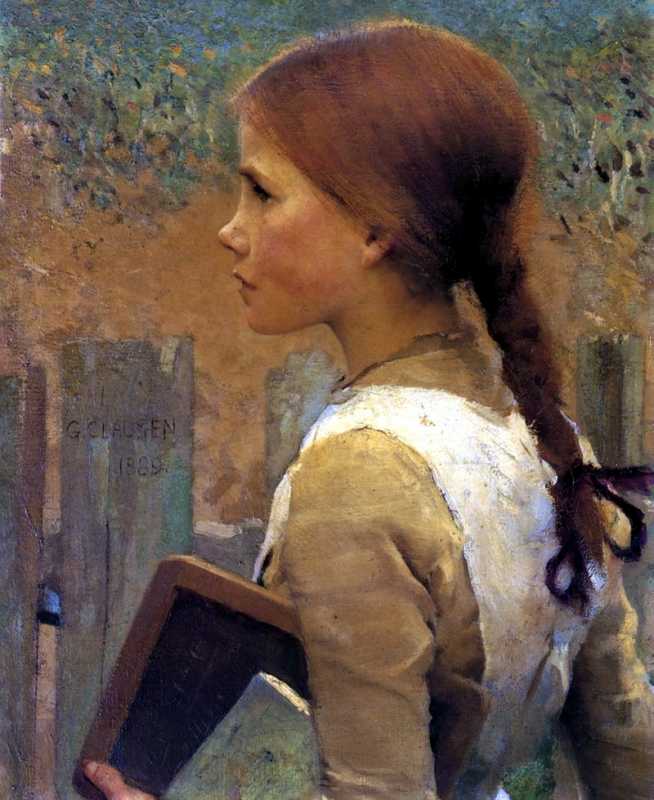 In the grit of a 1975 farm town, 9-year-old girls weigh about 60 pounds, even wicked little girls with bad women for mommas, divorced mommas, but the boys that age are bigger, taller, and they’re allowed to bring their footballs to the playground, because there are no rules for boys on the playground, they can do whatever they want, after all, the playground is where you learn about yourself, Mrs. Gibson says, the boys can kick and hit and play with their blue Nerf footballs because that’s where you figure out who you are;

but girls can’t bring toys outside, especially Barbie dolls, everyone knows Barbie will get broken—it’s her own fault—even when Barbie tries to stay away from the boys, especially when Barbie hides, she still gets hit and kicked, she still gets broken, and teacher says you know better than to bring a doll to the playground, what did you think was gonna happen, you wicked little girl? and the boys are just doing what boys do, you’re not really hurt, quit whining;

so I try not to be wicked, I really do, but John finds me every day and punches my arms, kicks my legs, leaves his mark, every recess he laughs, and I tell him he sounds like Susie Wagner’s dad’s goat because I can’t stand his bleating jeer in my ears anymore, so he hits me in the chest, aims for my scratchy training bra, where my breasts are trying to bloom, and maybe the impact knocks me down, I can’t be sure, all I see is black, swirling tight, pierced with pinprick mercury bursts, dark sky, stars sharp and I curl in on myself, too late, again too late to dodge his fist, but I can still breathe so I do, I take a breath and uncoil, straighten my back and scream; but that’s the wrong word for it: my noise is heavier, weightier, anguish and rage unleashed, dissonance exploding out of my 60 pound body like Coca-Cola from a shaken can, bubbles bursting, spewing it hurts, I hurt, you’re breaking me, and I forget that I’m a person, that I’m a wicked little girl with a bad woman for a momma, I’m nothing now but feral noise, a howl awakened, ripping black sky, striking wildly, connecting—

and then I feel it, that connection, it vibrates through me, the brilliant lightning crackle of John’s nose, breaking cartilage, the clarion crunch of it, and my world goes pure—a respite, a beatitude—the mob of fourth graders frozen, Mrs. Gibson’s mouth a soundless “o,” nothing but bright silence for one shining heartbeat … two … and then that blessed crackle of lightning thunders through my bony knuckles already splattered with John’s noseblood; and now he’s the one screaming, yes, that’s the correct word, he’s the one on the ground, screaming, flailing, holding thick-fingered hands to his broken nose, and I think maybe I can leave this playground, maybe I’m already gone—

then Mrs. Gibson’s slap connects with the side of my face, striking the heresy from me, slamming me back into my place, and her righteous adult fingers dig into the bruises bluing my arm as she drags me off the playground, gritted teeth, castigating with each step: Girls Don’t Hit Back, a pronouncement, a commandment, and she stands me in the hall by the classroom door, puts me on display, a lesson, a warning, as the kids file past, girls wide-eyed, returning to their desks, and she makes a show of retrieving her paddle from its place of glory above the chalkboard, hung from the same hooks you’d hang your shotgun from, painted pink because pretty weapons wound deeper; and she holds the paddle high, parading it around the room before she comes back into the hall and makes me bend over so she can swat me hard enough to knock me to the floor, carpet burns on my hands; only then do I register the smack, an echo, but I can’t start crying because I never stopped, and she pauses to stare at my jeans, wants to know why they’re so dusty, why even my clothes are stained, but I can’t answer because I’ve forgotten how to talk, don’t remember I’m a person, so she leans over, grabs my shoulder, shakes me, a soda can, says answer me and I spew:

because I have said it over and over, he’s kicking me, playground grit on my legs, dirty shoes on my pants, you watch him do it but you don’t care, that’s just what boys do; and now she’s eyeing the bruises on my arms with a look I’ve seen before, that twisted-lip lemon face that means my momma got a divorce so I must be wicked, too, and I know what she’s thinking, that my momma made those bruises, and the mercury stars are back in my eyes because that’s the worst thing, when they think your momma hits you, because it’s not true, it was John, on the playground where you learn who you are, it was that boy who hits and kicks—not me, not my momma—it was him, it was John, and you let him do it! my bubbles burst and you’re the bad woman! and Mrs. Gibson steps back, mouth in that “o” shape, but now the other teachers are in the hallway, watching, watching, so she says wash your face before you go back to class, and I know she’s right about the playground, so I wipe my hand across my face and smear it on Mrs. Gibson, my salt and snot staining her shimmery pink blouse, a statement, a revelation, and I crackle playground lightning as I step past her, and all of them, all 60 pounds of me.

Myna Chang writes flash and short stories. Recent work has been featured in Flash Flood Journal, Atlas & Alice, Reflex Fiction, Writers Resist, and Daily Science Fiction. Anthologies featuring her stories include the “Grace & Gravity” collection Furious Gravity IX, Endless Pictures by TL;DR Press, and the forthcoming This is What America Looks Like anthology by Washington Writers’ Publishing House. Read more at MynaChang.com or find her on Twitter at @MynaChang.