I Baked a Cake as Big as Our House 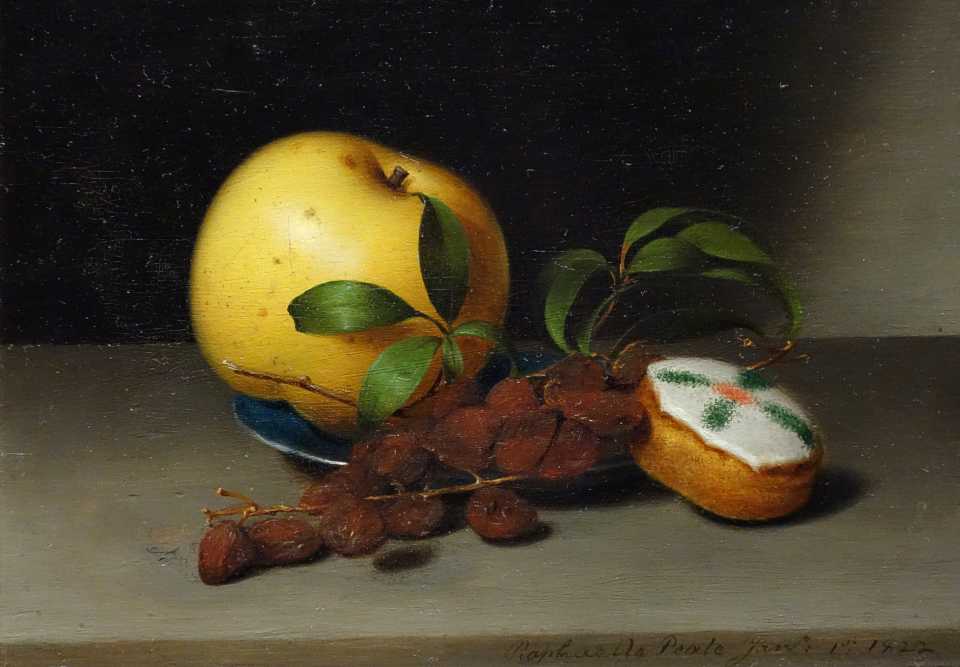 I baked a cake as big as our house.

I started small. Bite-size cookies, mini brownies, tiny tarts and hand pies a 4-year old could cup like a fragile butterfly. I made a 3″ cherry pie. Then a 6″ cherry pie. Then a 12″. Then a 24. Once I got to a radius of 48 feet of gooey cherry goodness—that my kids mistook for a bright swimming pool and got stuck in the sweet fruit sludge—I knew I had to build vertical.

A torte. A trifle. A glorious cone of croquembouche, comprised of puffy balls and held together with a web of spun sugar. I thought of all the options. I had already bought an industrial oven for the pie. Now I settled on a simple batter that had just a bit of spring that I could bake in sheets and piece together with a sturdy fondant.

I started buying butter in bulk. I got a license and bought wholesale vanilla (my husband mistook a nearly drained 10-gallon jar for bourbon and thought I’d really lost it). I mail-ordered tubs of floss sugar used at carnivals and the neighbors grew nosy when they arrived in an 18-wheeler.

I constructed scaffolding from my kids’ old play sets. Dara whined even when I told her none of them had been on it in years. “You’re selfish, mommy,” said my 11-year old Carter, who had had started to wear his father’s ties to his public school for some reason.

I baked. I frosted. I piped and aligned. I climbed higher and higher, draping the whole house in a shiny royal icing.

I cut doors and windows and made giant éclair beds for all of us.

The kids came around. At night, they curled up like little cream puffs themselves on the fluffy meringue armchairs, tuckered and content in their house of sugar.

My husband finally caved and said, “Meredith, I think you’ve really got something here.”

This wasn’t a bake-a-giant-chocolate-chip-cookie at the mall endeavor, done for a photo op and made without care, a sagging middle still goopy and inedible. Our home was made with love.

When my kids wanted dessert they had become thoughtful and asked if they should nibble on the den or staircase and I watched them carefully moving their lovely little mouths up and down, gently trimming away the excess, my husband there too, putting aside his sensible diet for a taste of sweetness. I carefully steered clear of any chocolate for our dog’s well-being and he got generous licks of the buttercream grout.

The town newspaper did an article. A major news station interviewed me.

The Instagrammers arrived, pouty and duck faced, looking up at what was being called the Cake Castle and tagging it #bigcakehouse #gettinbaked #youaintseenothinlikeit.

It was no longer just for us. I imagined the neighborhood transforming like a Wayne Thiebaud painting—a community of round pastel houses with everything sweet and everyone happy.

And then we heard the thumps. The pecking. The birds and raccoons had descended. I went out one balmy evening to see a murder of crows flying off with the palmier shingles. A trio of rats had teamed up to destroy a hazelnut-studded eave.

The house began to crumb and the older kids jumped out the windows into the newly formed beach and threw “sand” and old Mrs. Lever must have been the one to call Child Protective Services because I saw her peering out from her front slider window. I was told to move the kids back into the “regular” house or else.

The no-longer-so-sweet smell of sugar was acrid with a subtle hint of something rotting, well past its prime. What had been part fairy tale and part Keebler tree house fantasy was now a crumbling house of crumbs. It sagged. It broke. It was being consumed by wildlife and sweet tooth looters. The city eventually came to sweep away and compost the rest.

I baked a cake as big as our house. And it came crumbling down. But I did it. And it had stood high and tall, shiny with icing. And for just a moment, if anyone looked up, they would see a reflection of everything around them.

“I Baked a Cake as Big as Our House” originally appeared in Sonora Review.