How to Submit to Literary Journals 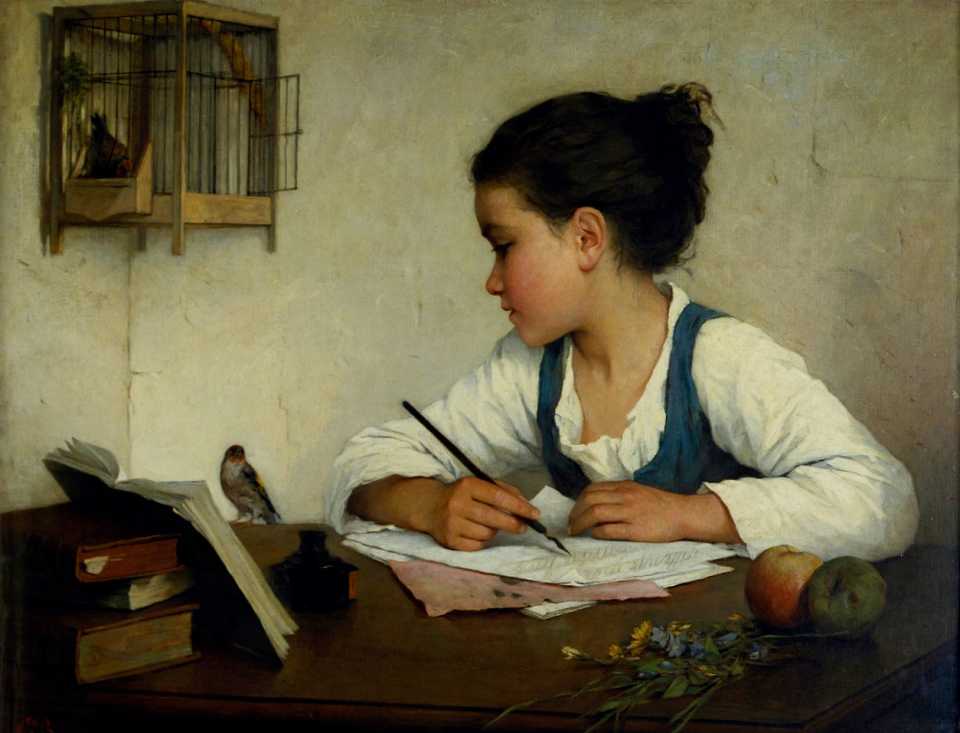 All that matters is the writing, you argue, and ultimately you’re right. But imagine showing up on a blind date with something dangling from your nose. The two of you could hit it off, and you might even get lucky, but it probably won’t be love at first sight.

Use Times New Roman, 12 point, no justification, no colors, no decorations, no drop caps, nothing bold, nothing fancy, unless instructed otherwise. But it looks boring, you say. Good. All that matters is the writing, remember? And besides, you can’t improve writing with anything other than better writing.

Understand that according to the bylaws of the Right Honorable Order of Literary Editors (Lodge 235) we’re not allowed to read anything written in ALL CAPS, not even your book titles—unless you write in crayon, in which case your work will likely be rejected for other “technical” reasons.

Since the advent of what used to be called “desktop publishing” there’s been a trend to make the submission look as much as possible like the writer envisions the final published result will look. Don’t do that. You’re just giving us code we have to clean up.

Turn off track changes and the comment function. To be safe, paste your text into a new document before submitting it, because the mark-ups sometimes appear on the Submittable interface, as well as some email interfaces, even when the functions have been turned off. If we witness Eunice, your beta reader, rescue you from confusing “prostate” with “prostrate,” that nightmare you have of appearing naked in front of the class will have come true.

Copyright notices make you look like an amateur. As do statements like “all rights reserved.” Your work is automatically copyrighted when you create it. If you offer us “first North American serial rights” you must be referencing guidance from the 1970s, or guidance that got its guidance from guidance from the 1970s. WGA registration numbers are not only unnecessary, they’re unsettlingly weird; if you fear we’re going to rip you off, why are you sending us your work?

Like all reasonable editors, we accept simultaneous submissions, so we understand if you goof up and forget to change the salutation, or when you tell The Lascaux Review, “I think my poem would be perfect for The Paris Review.” Nevertheless, professionalism is about attending to the details, and if instead of The Paris Review you address it to The East Bumblefuck Review, we now know where we stand in your hierarchy of literary journals.

Don’t ever unload your drawer on a journal. Send one submission at a time. Most editors, when they see several pieces in a row from the same writer, will brace themselves for an onslaught and end up skimming most of them—if they look at them at all. You don’t want to be a source of pain to your prospective publisher. Also, most journals using Submittable have a monthly limit to the number of free submissions they can receive. If you shotgun us, and crash us into our ceilings, we’ll hunt you down and sit on you.

Be polite. Some writers want to know why their submissions were rejected, and it’s a fair question. We respond whenever politely asked. But we always duck and cringe, because we’re honest, and honesty can be brutal, and sometimes the writer fires back, telling us our perspective is only an opinion (of course it is), and our opinion is wrong (it may well be). Also, that The East Bumblefuck Review already accepted the piece in question (congratulations), therefore our constituent atoms could be more usefully employed in the manufacture of cabbage fertilizer (arguably so, but please wait until we’re dead).

Most editors will tell you they don’t have the time to provide feedback. We suppose it depends on the editor. We assure you none have the desire, because the best they can hope for is not to be yelled at. For the record, the only proper response to criticism of your writing, any criticism at all, if you respond at all, is “Thank you,” followed by a period and nothing else at all.

There are people who follow instructions, there are people who ignore them. The latter will never convert to the former. It’s a law of cosmology. For a few months in 2019 we conducted an experiment at The Lascaux Review. We asked submitters to note in their submission that they’d read the guidelines. One in fifteen complied.

This doesn’t necessarily mean only one in fifteen read the guidelines—some no doubt had submitted before, and understandably didn’t read them again, some merely forgot to add the note when they submitted a week later—but it does suggest the majority of submitters don’t bother themselves with such trifling matters. At the Submittable portal we explained “Title” meant title of the work, yet we still received submissions in which the writer entered Mr., Mrs., Dr., etc., even though the instructions were right next to the box.

Here’s the consequence. If you ignore the guidelines you make it easy for us to reject you. We speak for all editors, everywhere, dead or alive or transitioning one direction or the other: follow the damn submission guidelines.

Apparently most submissions nowadays arrive via market listings like Duotrope. There’s nothing wrong with using such listings, they’re assets to the industry. But you have to visit the journal too.

The First 100 Words of the Bio

The bio matters because most journals publish it with the piece, usually at the end, and thus it becomes part of the total presentation. It may come across as incongruous if it begins “Catherine raises gerbils, is only half-incarnated, and craves coconut milk when watching reruns of Gilligan’s Island.” If your bio needs rewriting you’re stepping unnecessarily on a landmine by providing the editor with an obstacle to acceptance. If you leave the space blank, or you flippantly enter a solitary word like “Alive,” you’re forcing the editor to wonder what she’s going to do about it, which is another obstacle to acceptance. If your bio makes you sound crazy you’ll make the editor nervous, which is … you know the drill.

We’re looking for reasons to publish you. Don’t provide reasons not to.

By “bio” we mean literary bio, and 100 words is all you need. It’s not a CV, so don’t list every accomplishment and publication. It’s also not a place to get cute. When you read it out loud ask yourself, is this what you want us to know about you? That your cat is named Fluffy? Listen:

Cindy Lou Scribbler’s stories and poems have appeared in Great Unwashed Literary Journal, Bird Flu Quarterly, the anthology I’d Turn Back If I Were You, and elsewhere. Her debut novel is forthcoming from Wormy Apple Press. She has an MFA from Dunderhead University and reads for The East Bumblefuck Review.

That’s it. That’s all you need. The example above consists of fifty words. It’s brief, third person, and relevant. If you’re a Pulitzer finalist there’s plenty of room left over to say so. Be honest, be modest. Someone with no publications might write something like this:

Cindy Lou Scribbler is an aspiring writer from Chicago. She graduated from Northwestern with a B.A. in English and participates in her local SFWA chapter.

That’s all you have to say—srsly! If you’re submitting a war story, by all means mention you served in Afghanistan. If it’s an essay about new technologies in emergency health care, of course we want to know you drive an ambulance. Otherwise we don’t care that your family moved to Pennsylvania when you were five, or that you currently split your time between Pittsburgh and The Catskills—which just informs us where you park your lawnmower and, respectively, your RV.

Be specific: the phrase “65 poems in 52 magazines” tells us nothing, at least not without examples. Save the number of states, countries, and continents you’ve visited for National Geographic. Don’t supply links and invite us to learn all about you. Just tell us, briefly, what we ought to know.

You may have heard the advice that writers shouldn’t admit they’re unpublished, for fear of not being taken seriously. We understand the concern. We’ve sometimes found that writers are as reluctant to admit the piece we’re publishing is their first as they are to admit their secret hobby is time travel. Especially since the Brooklyn Dodgers remain—to this day!—in Los Angeles. (Our lawyers insist we clarify that time travelers aren’t responsible for the move to Los Angeles, only for failing to correct the error.)

Speaking for ourselves, discovering new talent is at least half the reason we got into this business. When a writer admits in her bio or cover letter that the piece in question would constitute her first publication, we at The Lascaux Review perk up and take notice. We’re inclined to do our best, maybe break a rule or two, to get her in. We would only hope editors at sister journals feel the same way.

That’s about it. All that really matters is the writing. But if you act professionally, follow the instructions, and compose a sensible bio, we’ll root for your writing.