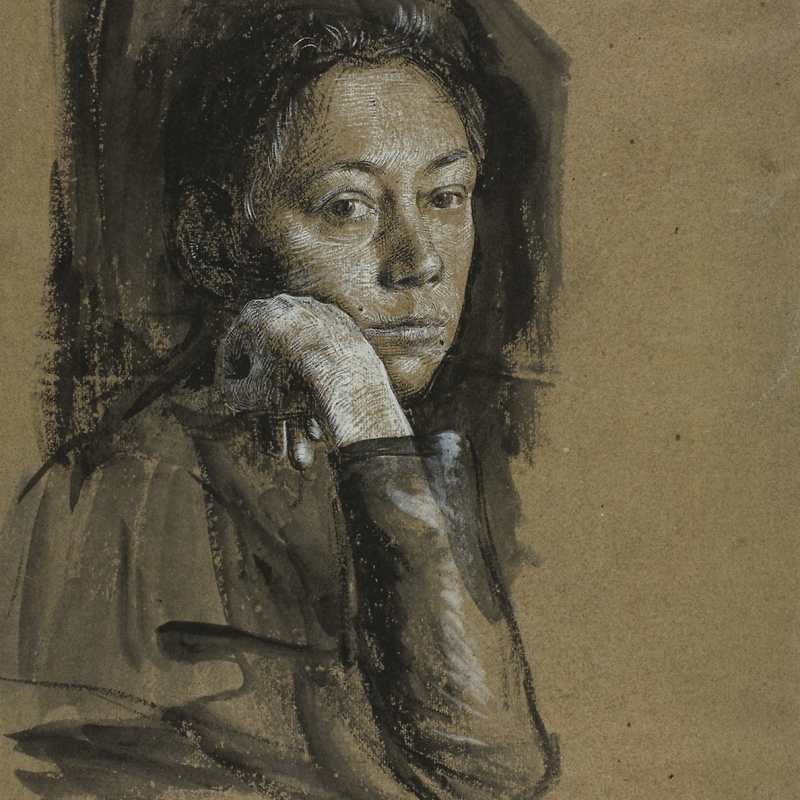 A dead ringer for Josey. She sneezes as she walks into the pharmacy, and I look up from the newspaper I’m not supposed to be reading. For a split second I think it’s really her, but then I remember Josey’s older now, way older than this girl. In my head I’m already rehearsing the story I’ll tell my wife—you’d think it would be depressing, but we like to talk about her, about our daughter. Josey, I mean.

I manage to squeak out a “Welcome.” Last week my boss said to greet the customers with genuine enthusiasm. A tall order, but I need the job if my wife and I are going to keep sending Ashyra—that’s Josey’s daughter—to Catholic school. “Welcome,” I say again, my voice firmer.

I think of it like one of the problem-solving exercises Ashyra brings home from her teacher. There’s a security camera pointed right at me. Corporate says the majority of theft is committed by employees, or with employee consent, and I suppose that’s true. So I’m looking for a way I can consent to let not-Josey walk out with the tissues. The catch is I don’t want to be fired.

What I come up with is I’ll go to the frozen self-checkout station and see if I can coax the computer to life for the fifth time today. While I’m busy, not-Josey can grab her tissues. Later, if anybody checks the footage, all they’ll see is me being a good worker, and I’ll be able to tell my wife about it, about how clever I was, which is a bonus.

So I spend the next twenty minutes kneeling on the floor plugging and unplugging the machine. It’s not a huge deal because nobody else comes in. I hear not-Josey wander through our aisles, stealing the tissues along with a week’s worth of groceries. Also hacking up a lung.

“Excuse me,” she says about the hacking.

“Piece of shit,” I say about the checkout.

And then she walks out and the bell rings and the door squeaks and she sniffles one last time and mutters, “Have a good day,” which is maybe as close as she can come to thanks. I don’t look up. It’s complicated, like any grief. I do want to tell my wife later but just now, I don’t want to see the girl’s face, which is my daughter’s face. I don’t want to see at all.

Cady Vishniac lives in Ann Arbor. Her short stories have won prizes at New Letters and Mid-American Review, and her poetry has been published by Verse Daily.