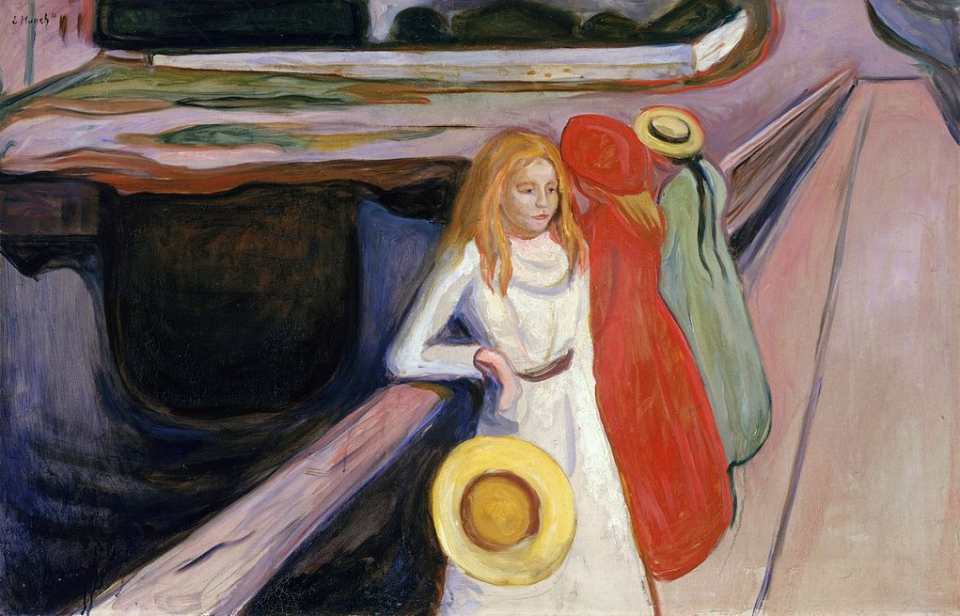 Every time I see my father, he asks me if I have lost weight. He has done this since I was a child. I was a chubby, growing 5th grader when he moved 800 miles away. The question survived the distance and has persisted for the last twenty years. He means it to be a compliment—an encouragement, even. But what I take from it is that when I leave his presence, I grow in his mind. I become fatter and fatter, until we finally meet again.

The first time my boss made a fat joke, I laughed. I do not recall his exact words. He mentioned that something was swollen and then looked at me and said, “like your heart.” I do remember my reaction. Loud, uproarious laughter. Overcompensating laughter. He asked if the joke was too much. It was, of course. Instead, I doubled down and told him that I loved a good fat joke.

Last year at my work holiday party, I stood in my boss’s kitchen with two coworkers, one a good friend. My boss said that his cat was “a fat ass.” He then looked at me and said, “No offense.” My friend was silent. My other coworker said, “At least you didn’t call me fat.” I walked out of the kitchen and into the living room, where I collected my husband and my coat without saying goodbye.

My boss never apologized. This year, I skipped the holiday party.

I graduated law school in 2013, in a bad economy, overrun with attorneys. Despite passing the bar examination on my first attempt, I struggled for months after my admittance to find a job. At one point my grandmother asked me if I thought my weight was the issue. I had never considered it. I had never thought people would judge me in that way—that they could be so cruel.

Now, I think of this every time I consider leaving my job. What will the interviewers think when I walk into the room? I have learned to believe people can hurt me, even if not through words spoken to my face. And so I stay at my job, where at least I am contending with a hurt I already know.

I lost one pound in the third month. Nothing in the fourth month. I gained back two pounds in the fifth month and three pounds in the sixth month.

Recently I saw an updated picture of my Dad on Facebook. He is the same size that he has been for years. Not bigger, not smaller. I assumed he would have told me if he had followed through with the surgery, but I could not be sure. We have never been close. The picture was my only confirmation.

Women of size love to commiserate with me. They love to place me into a collective. My heart sinks when in a conversation I hear “big girls like us.” We become one against my will. And in our oneness, it’s as if it is okay to tell someone that you see them as being fat. In reality it is an unwelcome reminder that other people are thinking of my size, even in the rare moments I am not.

I can only remember three times that strangers have called me fat. Once in middle school. Once in college. Once a few years back. All evenly spaced throughout my life to ensure I do not go too long without that sting.

It has never been strangers, but the people I love who hurt me the most. Men in particular seem to be the most bothered by my weight and the most incapable of holding it in. After my grandmother died, my great uncle hugged me at the funeral and said in my ear, “you need to get your weight under control.” He pulled me back, still holding me at my shoulders and looked me in the eye before walking away. I now think about this each year when I visit the extended family around the holidays. I dread going.

The list could on, but it does not need to. The commonality is that it always feels as if the men do not want to look at me and want me to make a change for them. For their comfort. For their pleasure. For their convenience. I have never felt like it was about me. If it was about me, the words would not have been spoken.

In April 2019, I had the surgery. I have not told my dad. I have not told my coworkers. I have certainly not told my boss. Very few of my friends know and I regret telling nearly all of them. They have either shared the news with other people, or they compulsively ask me how much weight I have lost.

There is a picture of my Dad and me taken when I was a young child. I am dressed in a bikini, sitting in a plastic kiddie pool with oversized Ray-Bans falling off my face. My Dad is standing outside the pool, wearing a pair of swimming shorts. He is thin, but not necessarily fit, with a bushy 80’s style mustache. I do not recall the picture being taken, nor do I remember my Dad ever being that thin.

I do remember him looking at the photograph years later and saying, “I thought I was so fat back then.”

If I lose the weight, I am dreading the compliments most of all. The reminders that I was not good enough before. The pressure to never go back. The feelings of disappointment if I do. I want to be the one to choose to speak or not speak of it. But I know that is an impossibility.

For many years after my Dad moved away, we saw each other once or twice a year. It has now been over three years. How big have I grown?

Kelly Schoenegge is the Fiction Editor for Booth. Her work has been nominated for Best Small Fictions. She has been selected as a Kenyon Review Peter Taylor Fellow for 2020. Kelly is a member of the National Book Critics Circle and has served as a judge for the NBCC’s Leonard Prize. She is currently working on a novel. She lives in Indianapolis. Find her on twitter @kellyschoenegge.